A three-pillar war – part I 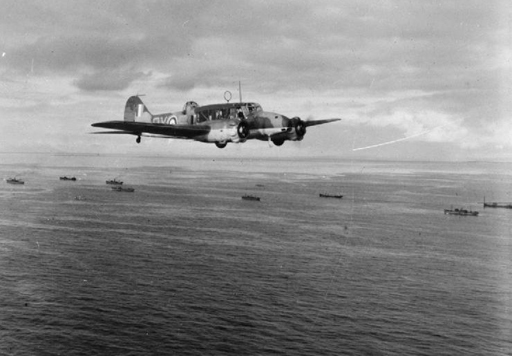 The availability of additional material on-line from the National Archives has had me busily downloading thousands of pages of files. Of special interest are the Chiefs of Staff bundles. They not only add points of detail which support the thesis developed in The Many Not The Few, they offer something that very few books are able to convey.

What comes over is quite how little attention was being devoted at the very highest level to the prospect of imminent invasion of the UK. Even when the threat is supposed to be at its most extreme, the Chiefs are considering the fate of areas as diverse as Malta, Greece, East Africa, Malaya and Hong Kong.

Remarkably, on 15 September - later marked out as Battle of Britain Day - the very date that invasion is expected when one might have thought that minds would be totally focused on impending doom, under consideration is the transfer of an Australian division to India.

Churchill might have wanted to convey the impression of England standing alone and embattled, but so many other geographical areas and campaigns are being considered that one really does get the impression that this is an Empire at war.

Even on the domestic campaign, though, in what is often called the Battle for Britain, the air battle is by no means the only preoccupation. And this is because there are three pillars to this war.

The best known is the fight to clear the skies preparatory to an invasion, but simultaneously there are two others. One is the attack on morale – exemplified by the London Blitz. The other is the blockade, the attempt by the Nazis to choke off Britain's food and war supplies.

Once again Churchill likes to position this. He locates the most deadly phase as 1942-3, calling it the Atlantic War. The battle, though, starts earlier, and comes to a danger level far sooner than is commonly believed.

Hitler's blockade is actually launched on 29 November 1939, arguably the opening of the Battle for Britain – something which sends the purists into paroxysms of rage. Closer to their ideal is the date of the revision, 24 May 1940, but in each case the objective stayed the same: to "cripple the English economy by attacking it at decisive points". And it morphed into unrestricted submarine warfare on 17 August 1940.

By 29 August, the First Lord of the Admiralty, Labour Co-operative MP Albert Victor Alexander, is worried. He tells his Cabinet: "A most serious situation has arisen". The enemy is concentrating a heavy attack on trade with submarines and aircraft, he says.

Alarmingly, the situation had continued to deteriorate. Furthermore, it was felt that Churchill had contributed to the problem. On 1 July, as a precaution against invasion, he had instructed the Admiralty to "endeavour" to raise the flotilla in the "narrow seas" (the English Channel) to a strength of forty destroyers, with additional cruiser support.

These warships could only come from the convoy escorts, as Churchill was very obviously aware. "The losses in the Western Approach must be accepted meanwhile", he had written in his minute. By the end of September, those losses were reaching dangerous proportions.

The C-in-C Home Fleet, Admiral Sir Charles Forbes, had never been at ease with this situation. There would be sufficient warning, he argued, to permit destroyers to be employed on convoy escort and other duties. Should an invasion seem imminent, they could be rapidly called back.

This had become a running sore in the relations between Forbes and the Admiralty acting under the direct instructions of Churchill. This culminated in Forbes writing a letter, suggesting that "the Army, assisted by the Air Force, should carry out its immemorial role of holding up the first flight of an invading force".

The Navy, he asserted, "should be freed to carry out its proper function – offensively against the enemy and in defence of our trade – and not be tied down to provide passive defence of our country, which has now become a fortress". 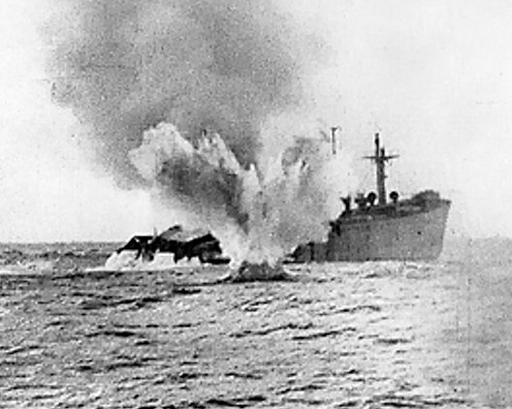 To Forbes in late August, Alexander had added his voice in support. Now, on 30 September, shipping minister Ronald Cross raised the alarm. "In a matter of this vital importance", he wrote in an urgent report to the War Cabinet, "remedial, measures should not be delayed". He urged an immediate increase in the number of escorts for the convoys.

Two days later, the First Sea Lord was writing a report in support of Forbes, for the Chiefs of Staff. He acknowledged that special following the fall of France had been necessary but to keep ship on standby. But the time had come, to "review the necessity for keeping our naval forces in any instant state of readiness to repel invasion round our costs".

This was Admiral Dudley Pound, who was not suggesting, he said, that all naval forces should be removed from the east and south coasts. However, they should be reduced to the minimum necessary. The Army could hold out against any sudden invasion, until relief naval forces could arrive. 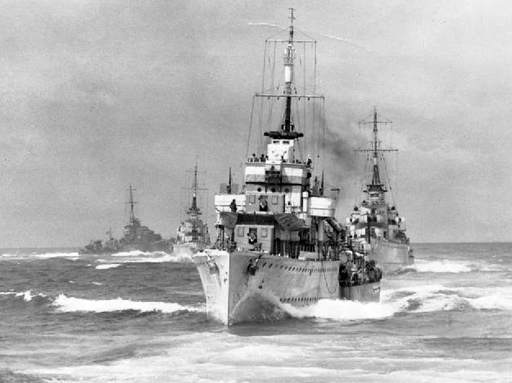 With a merchant ship of 4,600 tons having been lost on the previous day, and belated reports having been received of three other merchant ships sunk far out in the Atlantic, the very next day, 3 October, Pound's report went before the Chiefs of Staff Committee.

Joining him, the First Lord of the Admiralty, the C-in-C Home Fleet and the Shipping Minister in expressing their concerns about the shipping losses now came Minister of Food, Lord Woolton. He submitted a memorandum to the War Cabinet. During the last few weeks, he said: "I have been seriously disturbed by the extent of our food losses at sea".

If the current rate of loss was sustained, imports would have to be increased, taking up a much larger proportion of shipping, with serious effect on other supplies.

Alongside Woolton's paper was yet another memorandum from Alexander. He repeated the point so heavily emphasised by Forbes that the only short-term way of improving the situation was "the return to trade protection of the forces which were withdrawn for anti-invasion duties". 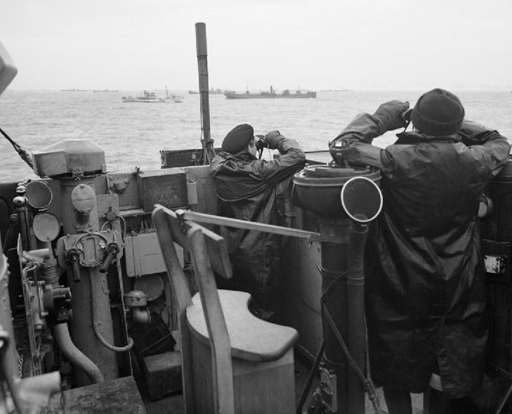 What had been remarkable, and obviously quite unexpected, was how quickly and severely the shipping losses started to bite. The arithmetic offered by Ronald Cross attested to this. Imports in the first year of the war had been 43½ million tons, but September imports had been "disappointingly low", at three million tons.

Given the shipping losses already experienced, expected imports for the second year of the war had fallen to 42 million tons, and 34 million for the third year. But, at the then current rate of shipping loss, they were expected to drop to 32 million tons, as against the 34 million imported in the last full year of the First World War, when the population to be supplied had been 6.5 percent less.

These figures made no allowance for increased demands for shipping for military purposes in the Middle East and elsewhere, made worse by the closure of the Mediterranean. Thus, what Cross was saying was that shipping capacity was set to fall below survival level. By the third year of the war, Britain would no longer be able to feed its population and support then current military campaigns.

Now, on Friday 4 October, Churchill appeared to be responding to the chorus of concerns about the shipping situation when he addressed the War Cabinet. He had, he told his ministers, discussed the matter with the Defence Committee.

Their view was that suitable weather for an invasion "was not likely to prevail on many occasions during the winter months", so it would be right to divert a number of destroyers and anti-submarine trawlers from anti-invasion duties, to reinforce shipping escorts.

Despite this though, on 8 October, the prime minister was in parliament ramping up the invasion threat. "Do not be lured into supposing the danger has is past", he said. On the contrary, "unwearying vigilance" had "at all costs" to be maintained.

Then, a week later, in Cabinet, under the agenda item "likelihood of invasion" Churchill told his colleagues that it would be premature to suppose that the danger of invasion had passed.

Intelligence reports, he said, had indicated that enemy plans were still moving forward and, in these circumstances, "it would not be possible for the Navy to withdraw any more of their forces from the invasion front in order to strengthen shipping escorts in the north-west approaches".

And so, out in the Atlantic, the carnage continued. It was not until 31 October at a meeting of the Defence Committee, which Churchill chaired, that the prime minister finally agreed that the danger of an invasion was "relatively remote". 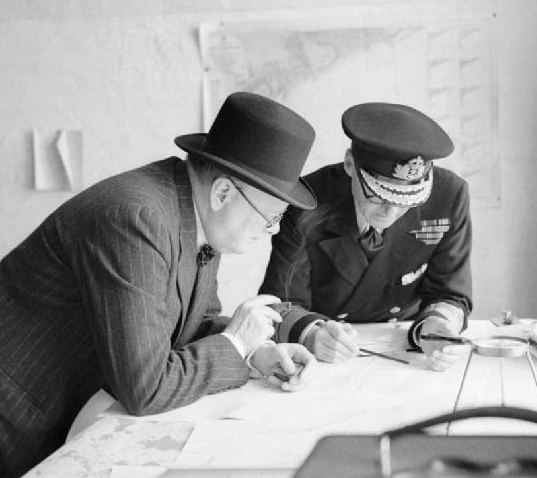 The dispositions and state of readiness of British forces would be adjusted to match what was judged to be a diminished threat throughout the winter. At last, Admiral Forbes was to get some of his escorts back. But he was not to keep his job. On 2 December, he was relieved of his command.

Nearly a decade later, Churchill was to assert in his history of the Second World War that he was more concerned about the shipping crisis than he ever was about the invasion threat. But his text was strangely silent about his reasons for refusing to give convoy protection more priority.

Why after agreeing to release escorts on 4 October did he go back on his word on 15 October and why then was it the 31 October before he finally agreed to a redisposition of forces?

That is the subject of the next part of this post when, with additional material, I will offer some answers that question.