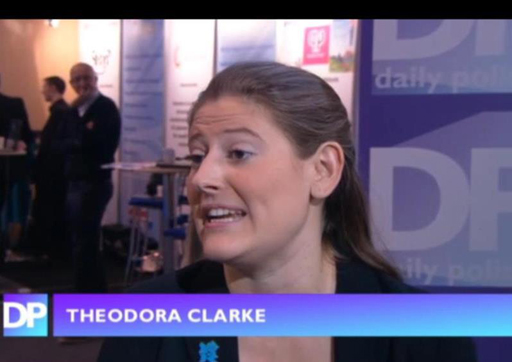 Following the example of Madam Defarge, I've been keeping a little shit list of my own. Being a super-user of Facebook, I have access to all kinds of preening wannabes, whose monumental egos override their sense of caution and let people like me "out" them. Lately I've been keeping an eye on one Theodora Clarke who penned this little gem on the London riots.


"It is telling that Waterstones was the only shop not looted in Clapham; book shops were spared the major damage of other stores during the riots".

No it isn't. Seriously, what intrinsic (or resale value) does a Cheryl Cole autobiography have? Or a Delia Smith cook book? If, as she says, the cause of the riots is simply opportunism, books are high weight, specialist stock to carry, which takes homework to convert into a quick buck. An opportunist would not waste their energy. Anyone who understood the world of street commerce would recognise this.

While I completely agree that the riots were opportunism and the looters showed a "showed a blatant disregard for authority", take a look at the example set by our ruling class. Why on Earth would we show any respect for authority? Council CEOs on 160k (minimum) and MPs who collectively think John Lewis is a good measure of what household items cost. They who think people are going to pay £63 for a dish draining rack.

And why is that? Because we have an alien breed of MPs from a select stock, groomed for positions of high office because they work for the right consultancy, schmooze the right people all preparatory to being selected by a brand name party. These are the sort of people who proudly boast on their Twitter page: "Dudley North Conservatives annual dinner with Rt. Hon. Philip Hammond MP & Chris Kelly MP".

So why am I getting worked up about this particular piece of Tory vermin? Well folks, I'll bet you the contents of the EU Referendum paypal account that this prat gentle person is a junior minister in the next administration ... just like Chloe Smith's engineered rise to office.

If Theodora Clarke wants to know what is wrong with British society (and British democracy) she should go and look in a mirror. I would say exactly what I think of this lady on her own Facebook page but last time I did that to a public figure (admittedly after swilling a bottle of Jamesons), the police came knocking, telling me that I should be nice to these people. My response was unambiguous.

Dora, you made the list. Google her. You'll know what I mean.