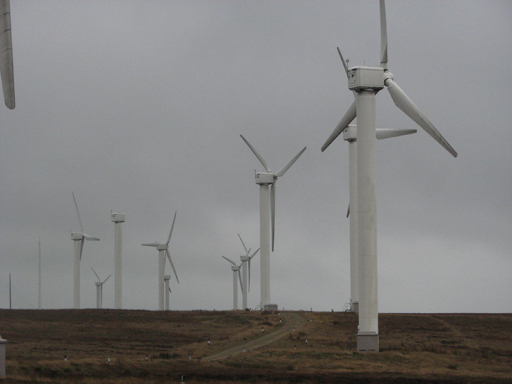 The GWPF are pulling their usual stunt of attempting to take "ownership" of an issue by commissioning a new report , this one "revealing" not very many details about wind power that haven't been said before … many times (and sometimes better).

What these people do not seem to realise is that efforts to create "noise" are far more successful if you build on and extend existing work, rather than keep reinventing the wheel and claiming it all for your own. Not least, Google ranking depends not only on traffic levels but on the number and type of links. Thus, cross-referencing other work is an important way of building profile.

As a result, they treat the internet as a zero-sum game. Instead of capitalising on the synergy afforded by the media, developing a "conversation" which expands over time as more and more join in, they plop their offerings into the domain, which enjoy but a short half-life before disappearing.

The sum of the parts thus becomes less than the whole, when the other way around could so easily have been achieved. When other sites are recognised, their authors tend to reciprocate with their own links. Those links are picked up by others, who often then pick up of the original work, passing on the message, which grows rather than diminishes. A stand-alone site, which makes itself out to be above the fray, will never benefit from this dynamic.

All of this suggests that the primary purpose of campaigning groups of this nature is self-aggrandisement. One suspects that winning the battles is by no means their main or even desired objective. And that may be one of the reasons why, very often, there is so little progress against enemies who seem to have a better grip of campaigning tactics than our own side.