A "revolution" consuming its children 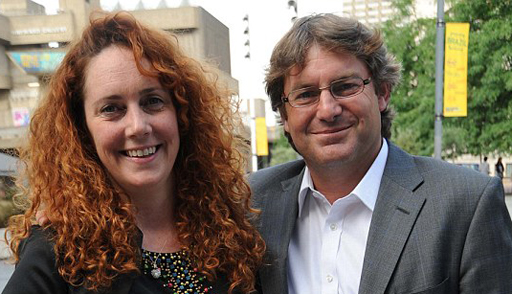 My ongoing interest in the affairs of Rebekah Brooks and her "millionaire husband Charlie" is so slight as to be close to the vanishing point, and there is far too much attention being paid to her and her ghastly crew.

That she had such a close relation with Carmeron and his cronies comes as no surprise – slime is quite naturally attracted to slime. But even we must crack a smile at the news of this morning's arrests, this pair being amongst six arrested on suspicion of conspiracy to pervert the course of justice.

Since Rebakah Brooks has already been interviewed by the plod several times, one can assume that this is something more than an inept, high-profile fishing expedition – not that we really care. But, in this case, one does expect substantive charges.

Even if this goes full course though, it will come to nothing very much – a short jail term in a soft open prison, interspersed with day leave and made even shorter by early release. The riches and ill-gotten gains of the malefactors will be left untouched.

Nevertheless, the fact that all this is happening is a sign that the palace revolution is failing and that the slime are losing their grip. But this is but the revolution of the courtiers, which has no relevance to the wider world. There, power has migrated offshore, leaving only the trappings to be fought over, as the gilded children squabble amongst themselves.

As a modern version of "bread and circuses", I suppose it has it uses but, one day, one hopes, sanity will be restored and the adults will return. Until then, there are many more episodes of this tedious soap opera to endure.