UPDATE: And he won! George Galloway has scored a dramatic victory in the Bradford West by-election, securing a 10000-plus majority in what he called a "massive rejection" of mainstream parties. The word "sensational" is being used, as Galloway ends the two-party carve-up in the city. 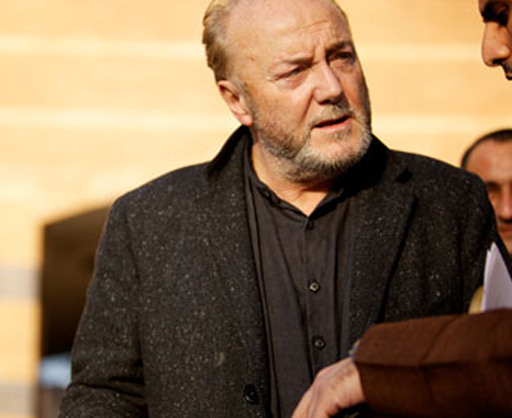 The results of the West Bradford by-election were not yet out (at the time of writing), with counting still going on by the time I went to bed. Thus nothing of the contest made the daily newspapers. Instead, the media are focusing on the great fuel debacle, and the inadequacy of the government's communication skills.

Interestingly, I have it on record on 27 January 2010 saying that the fascinating thing about Cameron, whose only claim to fame is that he is a politician, was that he isn't even very good at politics. I'd already said as much earlier, and was to say it again on 28 October 2010 when, after another fine mess, I was remarking that he "Isn't even a good politician".

That is indeed the remarkable thing about a man who isn't good at anything else, so he should at least be able to handle the PR for his own government – and he can't achieve that.

Depending on the result at Bradford, Cameron might be in for another hit, although the low key nature of the contest is possibly because it is a safe Labour seat since 1974, and the party is expected to walk away with it again.

What makes the contest different is the intervention of George Galloway. His Respect party in 2010, when it stood in Bradford West, came fifth behind the British National party. But Galloway looks set to do better this time around, to the extent that Ladbrokes has suspended betting on the result.

Currently, the result is impossible to guess, and no one is making any predictions, but it is not exciting enough to wait up for the result. I'll pick it up in the morning.