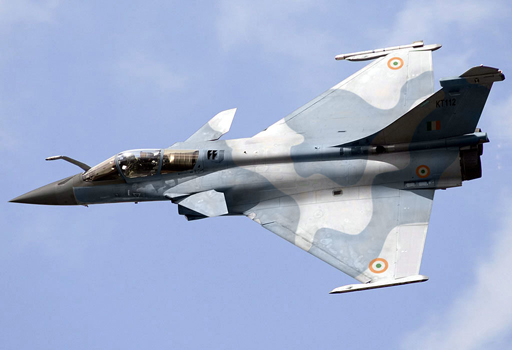 In the Failygraph today, we see a piece that might by some be considered "sour grapes" over the Indian fighter contract.

A claim has been made by Mysura Reddy, a "leading Indian MP", that government officials manipulated the award of the $20 billion contract, in order to help the Rafale win in the competition against the Eurofighter. Reddy is also concerned by reports Rafales were outperformed by Eurofighters in operations over Libya.

As a result, we are told, in a story that is safely buried in the financial pages so that the paper can get on with real news, Indian defence minister A K Anthony has ordered a review of the evaluation process.

In this short report, however, there does indeed seem an element of sour grapes. Whatever else might be said about the two aircraft, the fact is that the Rafale has a genuine multi-role capability, while the Eurofighter's ground support capability largely exists on paper only.

More interesting than the actual report, though – as so often the case - is one of the reader comments. Its writer asserts that India does not need the aircraft and cannot afford them. Notionally, the aircraft are being bought to counter the threats from Pakistan and China. But, says the writer, day by day Pakistan is becoming less of a threat and "any notion of China being a real risk is just being whipped up to scare people so that more money can be spent".

That has some resonance with our own defence situation, where the military are notorious for talking up threats in order to acquire the latest fashion in toys. It would not be at all surprising if this dynamic was driving the Indian procurement process.

But then, in the "killer" lines, the commenter goes on to posit: "when you are in the Indian Def Ministry, how else do you get the large bribes other than to actually award contracts?" Skimming off the pay and rations of soldiers etc., he writes, "is chicken feed compared to the 5-10% that gets handed out for such deals". In like vein, he continues:


You only need to get one contract done and you're set for life. However much you need to give to the ruling party, you'll always get to keep a chunk for yourself. The French do well because they have less inhibitions about paying than the Brits. Significantly less.

So, follow the money trail. See which banks are involved and if you were ever to find someone close to the deal, then you'd be able to work out whether the money arrives via new accounts set-up in offshore havens or through a complicated structure where someone in India gets involved for no real reason.

The situation is such that we are told it is "almost a guarantee that people will be paid off in such deals". And, while we have absolutely no evidence that corruption was involved in the Rafale deal, experience tells us to expect it in a society where corruption is the norm.

And still the British aid to India continues, with another £600 million committed until 2015, including the balance of £10 million to Pachauri's pet institute, TERI, a man who now tells us he is unused to luxury. And if that naked hypocrisy is representative of the standard of public discourse amongst the Indian ruling class, then we should expect a level of corruption in the Rafale contract, and much more.