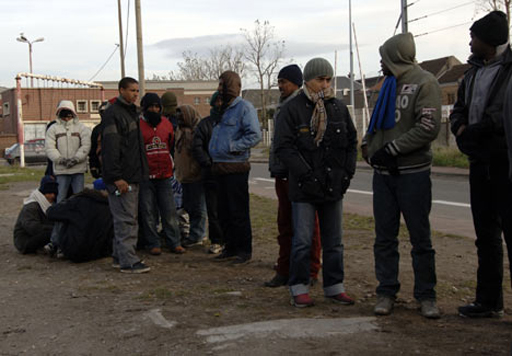 For too long, we have had successive governments blathering about the economics of immigration, suggesting that there is a net benefit - a delusion to which the previous administration was particularly prone, aided and abetted by the BBC.

As we noted recently, though, past claims of benefits downplay the effects on the infrastructure, with the likes of water supply difficulties arising in part through the extra demand. Now we see reported another part of the same problem, with increased pressure on our education system. It too is failing to cope with the population growth.

It seems to me that the government has being playing the usual "fast one" (I'm shocked, I tell you!), talking up the economic benefits while playing down the costs.

But the fact of the matter is that if you import an extra seven million people (net – ass a loose estimate), that is going to have an impact on the infrastructure, with significant cost implications. According to one estimate, costs to the NHS from dealing with illegal immigration alone run to £5.5 billion annually.

Here and elsewhere, we have another example of one set getting the benefits and the people paying the price. But not only do employers benefit from reduced labour costs – the government takes its cut through taxation, from the increased economic activity. Then it short-changes us when it comes to dealing with the consequences of increasing population.

Five years ago, the cost of immigration was put at almost £8.8 billion a year which, over term, given inadequate and deferred expenditure, means that we must have built up a cumulative deficit amounting to tens of billions.

This is typical of the approach of government to the management of our finances. One only has to look at the recent report on the road maintenance programme, where money is freely extracted from motorists, but not put back. They take now – we pay more later.

Without even intending to, therefore, we are drifting into Referism territory. Whatever the reservations some might have about giving people more power, it is inconceivable that the rule of the people could be worse than the standard offered by our current rulers.  If there is going to be abuse of power, it is best that we do it to ourselves