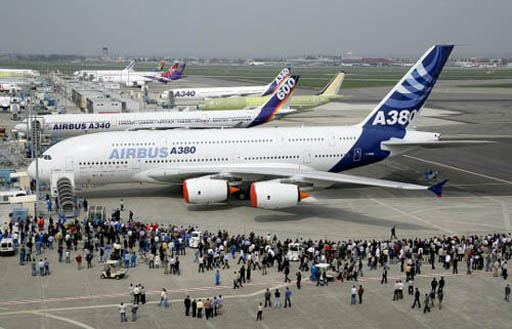 There was a time when we were following every twist and turn in the ongoing Airbus saga and the dispute with Boeing, but it is simply one of those issues that do not excite that much interest, so it is very hard to keep up the narrative.

However, as the story runs into its eighth year, things are beginning to come to a head. The scale of the subsidies involved, in the order of $18 billion, is so huge that the story will not die, and even the Daily Mail is taking an interest.

Alongside Bloomberg and others, it is reporting that the Obama administration has requested that the World Trade Organisation set up a compliance panel to deal with what it is calling the "inconsistent" subsidies from the EU member states, paid over to Airbus.

What is being alleged by the US is that the subsidies have cost American aerospace companies tens of billions of dollars in lost revenue, which in turn "has cost American workers their jobs and hurt their families and communities".

Since the WTO has already ruled that the subsidies have cost Boeing the sales of more than 300 aircraft and market share, and government aid for Airbus continues, the US has asked the WTO to discuss the issue on 13 April.

This, though, is far from clear-cut, which is probably why the MSM have steered clear of the story. For, while Boeing is an injured party, so is Airbus, with the WTO in March 2011 having ruled that ruled that Boeing subsidies from the US government and individual states have damaged Airbus by more than $5.3 billion.

That, say the Mail could end up with Britain being hit by more than £6 billion-worth of trade sanctions, as WTO-authorised retaliation, a measure which the papers says could cripple Britain's export trade with America – the figure being the difference between the US and the European subsidy levels.

Reuters, though, is more sanguine, suggesting that it could be more than a year before the WTO reaches a decision and, in any event, Boeing is also still in receipt of subsidies, so the actual award may be less.

Nevertheless, one is tempted to wish a plague on both houses. Cumulatively – on both sides of the Atlantic, we are looking at $25 billion of taxpayers' money handed over to aircraft makers, to keep them competing with each other. Whatever happened to the free market, where the best product was supposed to prevail?