The elephant in the letter box 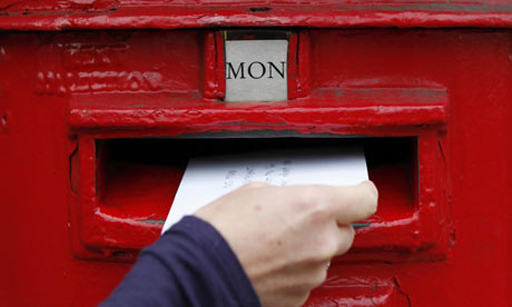 There is copious media coverage on the announced rise in postal charges, amid claims that: "We have some of the lowest stamp prices in Europe and amongst the highest service standards".

That claim on prices somehow doubt, if this website (and this one) is right, putting the German cost at 55 eurocents, with France at the same level – currently about 46p. This seems to be the average price for Europe, ranging from 19 eurocents in Malta to €1.12 in Norway.

Aside from that, nowhere at all can I find any reference to the great elephant, which Booker was reminding us about three years ago.

At the time, he was talking about the postal service losses, telling us that Britain's keenness to comply with three EU postal services directives, designed to end national postal monopolies by 2010 and to promote "cross-border" integration of the EU's postal services.

As a result Royal Mail had to surrender the most profitable part of its operations, when bulk business mailing was opened up to rival firms. It still had (then) to deliver business mail, for a knock-down price of 14p an item, while the 19 companies that bid successfully for the business of collecting and sorting them cream off all the profits.

The situation has not changed substantially, which is why we are to pay 60p for a first class stamp, while cut-rate junk mail floods through out letterboxes. But can we get the MSM to tell us this, especially when the other EU countries seem rather keen on protecting their own interests? Silly question really – they are not here to give us information such as that.