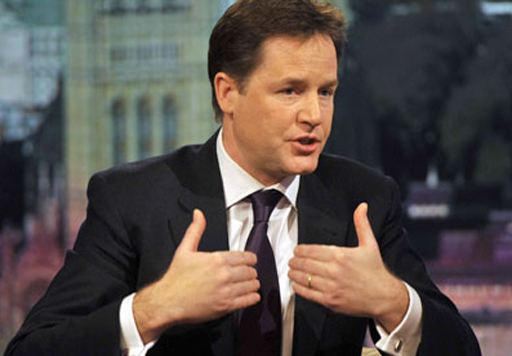 Within the main The Sunday Telegraph entertainment section is the business news which devotes considerable space to a story which tells us that, so much noise has accompanied the latest EU "crisis summit" that it is easy to miss the singular point – that the events, "treaty" and all – will not make the slightest bit of difference to the survival (or otherwise) of the euro.

This is no more or less than any number of observers have been saying, making the whole charade of the European Council meeting nothing more than displacement activity. Bereft of ideas, and unwilling to take the measures which will stabilise the single currency, the "colleagues" have opted for their classic strategy of tinkering at the margins, on top of playing around with their institutions.

But in the life-cycle of a fantasy, there can come a point when the legend takes such a powerful grip on those caught up in it that it temporarily displaces reality, and assumes its own form of distorted reality, seemingly more real than anything than the hard, cold sober world can deliver.

So it is that Cameron's fantasy world of vetoing non-existent treaties is assuming its own reality. It matters not that it is fiction in that it is beginning to dominate British politics as if it were real. The heart of the issue may be miasmic, but the response to it is solid.

At that heart, in a developing political crisis is not-nice-but-very-dim Nicky Clegg and his band of Lib-dims, whose love of the European Union does not stretch to knowing anything about it, or at least sufficient to understand that they, like the bulk of the media corps, have been taken for the gullible fools that they are.

According to the Financial Times, the world – including the Lib-dims, it seems - is relying for its sole source on a press briefing delivered by Cameron at 6.20am in Friday, when he "revealed" that he had been "forced to veto the proposed new treaty". And upon that single, uncorroborated and frankly ludicrous assertion, rests now an industry of massive proportions.

Wedded to the veracity of that assertion, Clegg now tells us that he is "bitterly disappointed" by the outcome the European Council, which he too insists on calling a "summit".

And with the europlastic groupescule within the Tory party crowing, this is creating stresses within the Cleggeron coalition which some believe could result in the collapse of this unholy alliance.

In some ways, you have to stand back and enjoy the irony. Here you have two politicians, Cameron and Clegg, besotted in their love for the European Union, now falling out over an imagined veto, which could well have been engineered by the "colleagues" to get them off the hook of having to amend the EU treaty, into less demanding and faster intergovernmental procedure.

If he was in the loop, and had a better understanding of the labyrinthine politics of the European Union, Clegg might have understood that, most likely, Cameron was serving the designs of the "colleagues" in providing the fall guy necessary to legitimise the switch from one procedure to the others.

Like his hero and one-time mentor, Roy Jenkins, however, Clegg is only concerned with les grandes lignes of Europe, and knows nothing of the detail. Thereby, in his ignorance, he is prey to unwarranted concerns which could be the undoing of his own political ambitions. That would be irony indeed.

The one thing about which Clegg need not worry though, is about Cameron turning his face against "Europe". The man-child is as much a europhile now as he was last week.

Although briefly on the outside – mainly because it suits the "colleagues", one can see a situation where, with the new treaty in the bag, The Boy then goes grovelling back to the object of his heart's desire, and offers no end of concession to be allowed back into the fold.

In the meantime, he will have cemented his wholly undeserved reputation for being a born-again eurosceptic, a legend Nick Clegg is helping to build.

But, behind the scenes, nothing at all will have changed and, waiting in the wings is a reality that cannot be denied. The euro is on the ropes and nothing can be done to save it. For want of anything sensible, we are being treated to a phenomenal display of "workers' playtime" which knocks Nero's attempts to provide musical entertainment in similar circumstances firmly into the shade.

COMMENT: "AUTHORS OF OUR OWN GRIEF" THREAD
Posted by Richard at 12:30