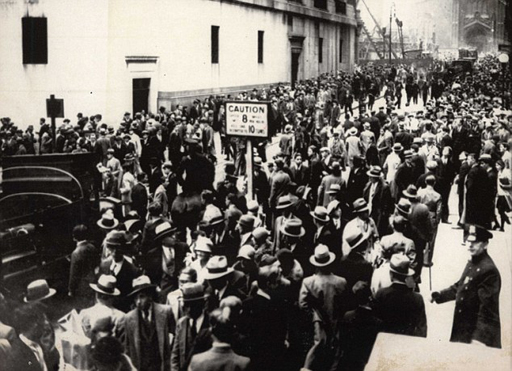 As we lose faith in politicians and democracy, Dominic Sandbrook in the Daily Wail sketches out a possible scenario for 2012, relying loosely on 1932 as his historical model.

"The experience of 1932 provides a desperately valuable lesson" he writes. "As a result of the decisions taken in those 12 short months, millions of people later lost their lives". Today, he continues, "on the brink of a new year that could well prove the most frightening in living memory, we can only pray that our history takes a very different path".

The thesis thus set out is intriguing, and not dissimilar to the scenario posited by this blog, where we have been warning for several years that the necessary outcome of the decay in democratic governance would be violence.

However, at different times – but perhaps not with quite the same emphasis – we have been pointing out that we are unlikely to see mass street demonstrations, or anything approaching the revolutionary conditions that we saw in 1932.

Nevertheless, given that Sandbrook is right to draw attention to the parallels between then and now, it is worth pointing out some of the crucial differences, in an attempt to assess their potential impact.

And one of the first things one notes is the obvious but often forgotten communications revolution. In 1932, with radio in its infancy, mass television a distant dream, and the internet not even a vague concept, if you wanted to know what was going on in terms of great events, you had to go out into the streets.

In the Sandbrook piece, we see a photograph of the scene outside the New York Stock Exchange after the crash of 1929, with crowds gathering, presumably to learn more of what is going on (pictured top). Supposing we had a similar situation in 2012 – Blackberries and iPads notwithstanding – the bulk of the people would be in their offices or homes, as we were with 9/11, glued to their televisions and computer screens.

The point, of course, is that information gathering, from a communal exercise, has become a solitary task. Not as a crowd but as individuals do we seek to be informed. Then, most likely, we will share that information and discuss it not with the people physically close to us, but with those with whom we have the greatest affinity, via telephones – fixed and mobile – and the internet.

Bizarrely, we can end up with a situation where the crowd exists, but in name only as a physical entity. In reality, it is a group of individuals, each locked into their own personal communication web. Group dynamics no longer prevail. The modern crowd is a very different animal.

Another change we see is in the technology of crowd control. Although pathetically useless in dealing with the fast-moving, mobile groups which typified last summer's riots, the police have mastered the conventional mass demonstration.

Against the police in their "robocop" uniforms, with their high-tech fencing, tear gas and even water cannons – together with techniques such as kettling – groups marching on a fixed location such as parliament, are unlikely to prevail.

Then, there is the simple fact that the desperation simply does not exist. Sandbrook recalls George Orwell looking on the slag heaps of Wigan, where he saw "several hundred women" scrabbling "in the mud for hours", searching for tiny chips of coal so they could heat their homes.

Not even the worst of deprivation in this welfare state of ours could approach this level. The millions on the dole are in many ways better off than they have ever been, and are more likely to riot because they are "deprived" of their latest-model plasma TV than any perceived shortfall in the democracy of government.

These and many other changes make it unlikely that we could see a repeat of 1932, under current conditions. But there is a game changer – one word: energy. More specifically, it is electricity, or the lack of it, that could change that political and social dynamics, more or less overnight.

To a degree not fully appreciated by the public at large, and especially the political classes, we are dependent on a continuous electricity supply. A prolonged interruption, or multiple breaks, could have the country on the edge within a matter of days, bringing angry crowds into the street, which no amount of high-tech policing could deal with.

Yet, bizarrely, to safeguard against such eventualities, the excuse for a government which we currently suffer has put in charge of maintaining and developing our power system, the unreformed greenie and full-time idiot, Chris Huhne. If ever you wanted to see the political classes commit slow-motion suicide, this is it.

The widely predicted collapse of the electricity supply, however, is unlikely to happen this coming year. More likely is the collapse of the euro, with effects that are impossible to predict. Experience tells us though that their manifestations might take longer to appear than expected. Thus, a complete crash in, say, Greece, this year, might not exhibit its most destructive effects in Britain for two or three years. 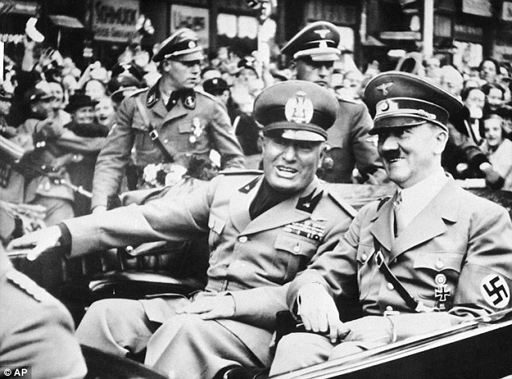 On the other hand, there are more insidious pressures at work. Sandbrook talks glibly about a loss in faith in democracy, but even to this date we have never really had democracy in this country. What has kept the show on the road have been the trappings of democracy – elections, parliament, etc. – and a general belief that we are making progress towards empowering the people.

But, alongside the establishment of the European Union, where the "colleagues" are not at all shy about talking of a "post-democratic society", we have the growth of the quangocracy, and the emergence of a political class which has largely abandoned its pretence that it is here to serve the people, and is quite evidently more interesting in self-enrichment at the expense of the taxpayer.

This in turn has led to what Sandbook calls the "loss of faith". But it is not – and nor is it apathy. What we are seeing is indifference. People are retreating from politics. It is seen as an activity which has no relevance to daily life. The practitioners are seen as alien beings, and their strange electoral rituals are increasingly ignored – hence the last by-election returning an MP on 15 percent of the popular vote.

What then happens is hard to predict, but riots, revolution and the emergence of 1932-style demagogues seems unlikely. Instead, we are seeing a loss of societal cohesion, a lack of community spirit and that wholesale indifference to politics and even the government.

The result of this is, without any formal statement to that effect, a breakdown in the glue that binds the people and their governments – consent. Increasingly, the only way routine administration can be carried out is by coercion. No longer do we have the rule of law, but the rule of force, the rule of the fixed-penalty ticket and the bailiff.

Resistance then will come not in the crowds that besiege the Palace of Westminster, or tear down the gates of Downing Street. Rather, individual acts of resistance, cumulatively making this nation ungovernable, will degrade society to the extent that whole sections cease to function.

This will not be immediately obvious, and some of it is already happening, as we see basic systems becoming dysfunctional or so expensive as to be beyond reach. The effect, therefore, is a slow-motion revolution. One might even call it the "invisible revolution".

But whatever form it takes, we are not going to see crowds of millions in the streets – not just yet – or the latter-day equivalents of Hitler and Mussolini driving down the Mall.