It must be true 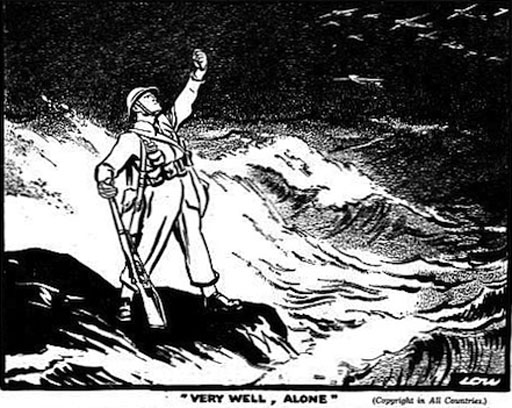 If Dan Hannan believes it, it must be true. How interesting it is, though, that he should rely on the Low cartoon of 14 June 1940, to illustrate his point. It depicts a defiant soldier on a rocky shore surrounded by tumultuous waves, shaking his fist at the encroaching Nazi bomber fleet (above).

Voicing the Churchill's sentiment: "Very well, alone!" after the fall of France, that was always a myth. We were not alone, a point made by a Fougasse cartoon in Punch magazine on 17 July (below). 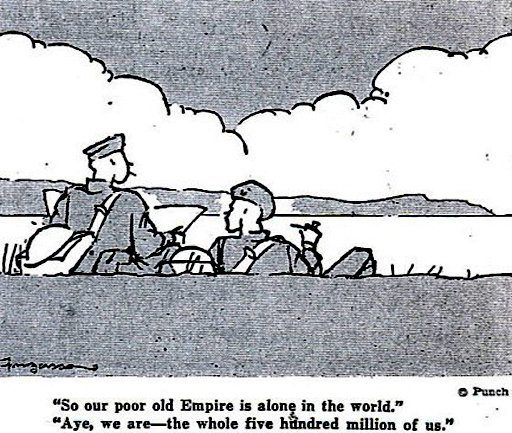 It shows two British soldiers sitting, overlooking the white cliffs of Dover. One is saying "So our poor old Empire is alone in the world". The other replies "Aye, so we are – the whole 500 million of us". This is almost the definitive test which sorts the men from the boys and the sheep from the goats – those who prefer the myth, and those who go for the reality.