A waste of space 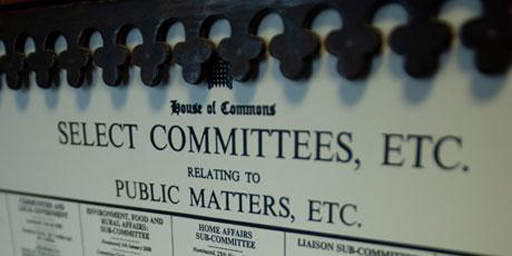 We should be grateful, I suppose, that we have a parliamentary committee of public accounts (PAC), chaired by the redoubtable (irony) Margaret Hodge MP. This is a committee set up to monitor government spending, in an attempt to ensure we get value for money. The role of the committee is, ex post facto, to examine specific projects and criticise government departments where it feels money has been wasted or not wisely spent.

But, in a sort of quis custodiet ipsos custodes question, who monitors the PAC and decides whether we get value for money from the committee?

That question is highly relevant in view of its performance last week in delivering its fifty-ninth Report of Session 2010–12, on "The cost–effective delivery of an armoured vehicle capability", in which it accused the MoD of spending £1.1 billion on programmes to acquire armoured vehicles, without delivering a single vehicle in more than a decade.

Its view was the MoD had proved to be both "indecisive and over-ambitious" in its attempts to manage the programme, complaining that will now be gaps in capability until at least 2025, making it more difficult to undertake essential tasks such as battlefield reconnaissance.

The conclusions of the report were widely publicised, not least by the Press Association, the inference being that the MoD should have delivered the armoured vehicles specified in its programme. Without exception, the media have condemned the "flawed procurement process".

What we cannot find in any of the reports in the popular media is any reference to what this report is really about. Nowhere do you find any mention of that which is identified in the PAC report, that this is about the Future Rapid Effects System (FRES), and yet another complaint about its non-delivery.

Evaluation and reporting of this long-running saga has been a black hole as far as the popular media is concerned. There is not a single newspaper or broadcaster which has yet had anything intelligent or useful to contribute on the issue, and right up to press it does not fail to disappoint.

It is, therefore, left to the likes of the PAC to do the heavy lifting, but here also lies nothing but disappointment. To examine what amounted to the most expensive single armoured vehicle procurement programme ever mounted by the MoD – worth £16 billion in acquisition costs alone – the committee managed to produce only a slender 40-page report, including the covers, including the written evidence and the transcript of oral evidence – which took one half-day.

The list of witnesses also tells a story – it was confined to Ursula Brennan, Permanent Under-Secretary, Ministry of Defence, Lieutenant-General Gary Coward, Chief of Materiel (Land), and Vice-Admiral Paul Lambert, Deputy Chief of Defence Staff (Capability). The committee relied for the totality of its oral evidence on three MoD officials, and for its written evidence on one MoD report.

We are not going to rehearse the issues in depth here. I've done it all before, two especially relevant pieces being this and this. Suffice it to say that the whole concept of FRES is flawed, and overly expensive, and largely abandoned by the United States, which pioneered the concept.

For the PAC to have come to a reasoned, objective conclusion, it would have had to have done a lot more work than it did, interviewed many more witnesses and trawled through hundreds if not thousands of documents. The slight, superficial report that it did deliver was a waste of time and space – and money.

But that, it seems, sums up parliament these days. If it was wound up tomorrow, the building given over entirely to tourism as a "museum of democracy", would we really notice any difference? Is there now actually anything parliament does, much less does well, that would make a difference to our lives?