The fog of Europe 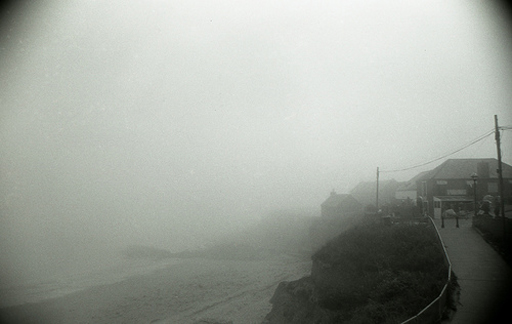 It is fair, I would assert, to ask whether anyone really knows what is going on in "Europe". Certainly, it is very easy to detect the bullshitters who don't have the first idea.

A more than adequate demonstration of that came last night on the Andrew Neil show, when the egregious Portaloo was asked to comment on the fate of the Cameron, eliciting the now standard comment about the prime minister being the first ever to veto an EU treaty.

Last week's episode has at least done that for us – given us a ready guide that enables us to pick out the very few who know what they are talking about, as opposed to the derivative claque, which is spewing out extruded verbal material.

But beyond the soap-opera drama of last week's European Council, there are the real-life issues of the colleagues' counter-measures, and what is happening to the euro in the market. Does anyone really understand the role of the IMF – who is paying what, under what terms, how the money is obtained and how – and to whom – it is dispensed?

Doing a fairly creditable job in trying to work it out is Witterings from Witney on an issue where a lot of bloggers are chary about commenting – understandable, given the complexity.

And it is not only the IMF, but the rest of the alphabet soup of measures, including the EFSF, which dies in 2013, as far as Britain is concerned, only to be replaced by the sinister ESM (European Stability Mechanism), which must be ratified by member states in time to take effect by the time the new treaty comes into effect – or not. Murky is an adequate description of the precise status of the treaty bringing this into effect.

Yesterday we than had tales of the pact of 26 unravelling, with inspired leakage from No. 10 telling us that Britain wasn't really on its own, to which was added overnight tales of treachery as the Lib-dims sought – or so it is claimed – to undermine Cameron's position.

But now, apparently offering an olive branch to The Boy, Van Pompuy has invited British officials to join "technical discussions" on new arrangements to govern the eurozone economies.

But then, just to keep everyone on their toes, we have Christine Lagarde, head of the IMF warning that Europe's debt crisis would not be solved by Europe alone. She is calling on all countries to work together to avoid a 1930s-style depression.

Thus, you end up going to ZeroHedge to find out what is actually going on, whence we discover that we're all going to die. But then we knew that anyway, so we're none the wiser.

The next best thing, of course, is the daily dose of Ambrose and he is telling us of a "cunning plan" by the Portuguese Left, who have come up with the idea of simply not paying their debts, thus stuffing the right wing bankers and their political mates.

However, the answer to that, doubtless, is that the IMF and ECB move in and sell off the country, which is what is happening with Greece, much to the chagrin of natives. That seems to put the dampers on that for a plan, which again leaves us not much further forward.

Perhaps, when you think about it, Cameron was right to create his own private fantasy and sell it to the nation, on the basis that the fiction is slightly more credible and a good deal easier to explain than the reality.

Meantime, if anybody does actually know what is going on, I would appreciate a call.