Nothing more to add 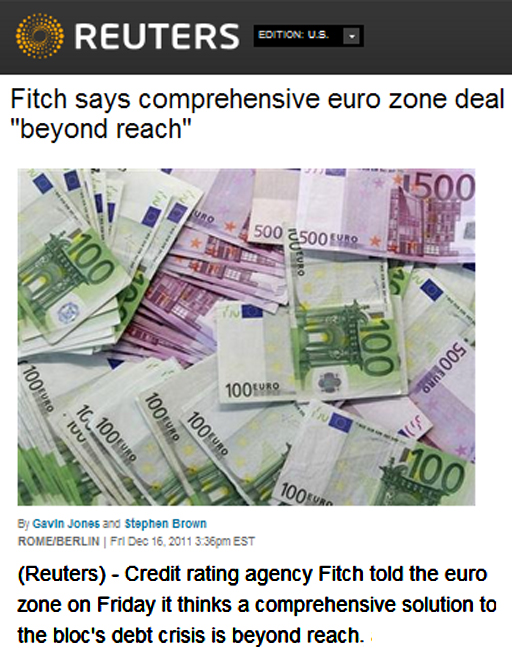 … except that the full quote is "a 'comprehensive solution' to the eurozone crisis is technically and politically beyond reach". The key questions now are: how long is it going to take the "colleagues" to recognise this, and what will happen when they do?

For the moment, though, they are still trying to defy gravity. Van Rompuy has sent national governments a draft of an inter-governmental treaty. It is called "an international agreement on a reinforced economic union". At a mere eight pages it tells us that the Heads of State or Government of the euro area member states agreed on 9 December 2011 "a reinforced architecture for Economic and Monetary Union".

The "colleagues" seem to have rather fallen in love with the word "reinforced" but, apart from that, there are no surprises – other than the fact that Van Rompuy (and his staff) are moving at warp speed. This is going to end up the fastest treaty in history.

What is also interesting is that the treaty is being prepared by the president of the EU council. This is as close to being an EU treaty as it can be, without actually being one. Furthermore, it harmonises with EU treaties and is subordinate to EU law.

If there were any doubts about what The Boy achieved last week, they can now be dispelled. His impact on the progression of new, eurozone-wide rules has been precisely nil.