A lack of rigour 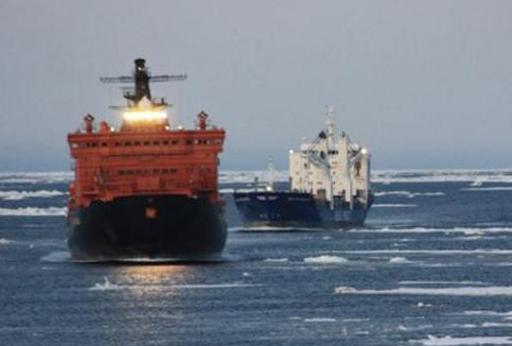 In the dim and distant past, I recall having sent letters to "quality" newspapers in the hope of publication, then having the letters editors contact me, requiring me to justify what I thought to be self-evident assertions. It was also the case that if one had a particular position, one had to identify it, and not pose as an ordinary member of the public.

Far from being objectionable, such intellectual rigour was comforting, the result being that one had some confidence that a letter to such newspapers was accurate and worth reading.

In common with the decline elsewhere in the print media, however, it seems that standards in the letters section have slipped. Thus, in response to a piece by Booker last week on David Atterborough and Arctic ice, the paper allows a green activist space for a "rebuttal", without identifying himself as such, making frankly bizarre and very obviously incorrect – and even illogical assertions.

The letter is from Roger Plenty, identified only as coming from Ashleigh, in Gloucestershire, but is actually secretary of Quaker Green Concern, a frequent contributor to the climate change debate and a convinced warmist.

Mr Plenty seeks to dispute Booker's claim says that 70 years ago ships were sailing freely along the northern coast of Russia. The North East Passage, as this route is known, is such an obvious route from Europe to the Far East that shipping companies would indeed have used it regularly had they been able, he asserts.

However, according to Mr Plenty, it appears that they were not able to use it. There were one or two exploratory journeys, such as that of Professor Otto Yulievich Schmidt in 1932-3, in which he travelled the whole length without overwintering (stopping en route to brave out the winter) as earlier expeditions had done.

There were, he claims, also a "couple of voyages" by naval and subsequent domestic traffic serving Russian ports. But there was no regular international route over the top of Asia, in spite of its obvious convenience, Plenty asserts.

Thus he claims that there has been "virtually no traffic between the ports of Dudinka and Pevek". In 2009, the Beluga Company of Bremen claimed to be the first Western company to use this route without ice-breakers. The ships were Beluga Fraternity and Beluga Foresight, cutting 4,000 nautical miles off the journey from Korea to Rotterdam.

The advantages of this route are such that shipping lines would have used it at the earliest opportunity. So clearly the opportunity did not present itself before 2009, because the sea ice prevented it. Therefore, says Plenty, the opening of this passage stands as firm evidence that the Arctic ice is receding.

Nevertheless, this account is a travesty. As we pointed out in our piece of September 2009, the Germans traversed the route in 1940 with the 3,287-ton converted merchantman Komet.

But during the war, the journey was also made by US-built lend-lease vessels, including liberty ships handed over to the Soviets. In fact, there were 120 voyages with cargoes from the American west coast via the Bering Strait to northern ports.

It is also the case that, after the war, navigation by Soviet vessels continued. By then, though, it was in the early stages of the Cold War, the route was closed to Western vessels – not by ice but by politics.

However, in early in 1967, an offer was made to open the Northern Sea Route to international shipping, when it was argued that it could save thirteen days between Hamburg and Yokohama as opposed to the conventional link via Suez. To demonstrate the viability of the route, Soviet cargo carriers made three demonstration voyages from north European ports and Japan.

The following year space was offered to foreign shippers in eight SA-15s trading between Europe and Japan via the Arctic. In 1991 there were fifteen such voyages with 210,000 tons of cargo. That year, the Northern Sea Route was again declared open to foreign shipping.

Opening the route and using it, however, were not the same things. Western ships required insurance on the open market, with the insurers requiring assurances of safe navigation, accurate weather forecasting, ice surveillance and the availability of rescue services.

Thus, the immediate response was to test the route, which was done by the French Arctic supply vessel "L'Astrolabe". It left Le Havre on 27 July 1991 and successfully navigated the NSR, arriving in Japan in early September.

Yet another European vessel followed in her wake. In the summer of 1997, the Finnish-flag tanker Uikku sailed the length of the NSR, beginning in Murmansk 3 September, and discharged fuel along a number of Russian Arctic ports. It arrived in Pevek on the 12th to discharge fuel and then sailed through the Bering Strait on 15 September.

After picking up more fuel in the Pacific the ship sailed back along the NSR, discharging fuel at several ports and reaching Murmansk on 14 October. It was reported by the Russian NSR authorities that a Latvian-flag tanker also completed a full transit of the NSR in 1997.

As regards Russian shipping, we reported on the nuclear powered ice-capable transport Sevmorput, built specifically for the northeast passage and launched in 1988, whence it has been plying the route ever since, only recently having been withdrawn for conversion into a drilling ship.

Meanwhile, the Murmansk Shipping Company – which is the specialist operator in the northern sea route - is currently running a fleet of 303 vessels with a total deadweight of about 1.2 million tons. In 2006, the company shipped 2 million tons of cargo through the route.

The ultimate calumny though, is Plenty's assertion that in 2009, the Beluga Company used the route without ice-breakers. Yet – as the top photograph shows – the ships, sailing separately, were each escorted by a Russian ice-breaker. And they used the route because they were delivering pipline equipment to Siberia - not for the convenience.

Such details are easy to check. One wonders how Mr Plenty managed to assemble his letter without stumbling on them, raising questions as to whether he was being deliberately misleading. And as for the newspaper, had they asked Booker, whose work was being attacked, he could so easily have pointed them to the details which would have refuted Plenty's assertions.

Sadly though, newspapers no longer bother about accuracy – or whether they are misinforming their readers. Yet still they can't seem to work out why people cannot be bothered with their wares.