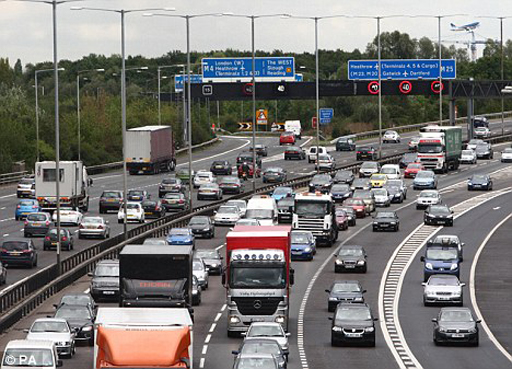 A story which raised a gentle smile of sympathy was the tale of pensioner Dennis Leighton who went missing for two days on a trip to his daughter which should have taken an hour. He was later discovered by police, endlessly orbiting the M25, hopelessly lost.

Demonstrating the exact political equivalent today is Tory MP and former Europe Minister David Davis, who has recently been discovered in the pages of the Failygraph aimlessly circling the political void, completely lost and confused.

Having set out purposefully on a short journey, in which he tells us that the eurosceptics got it right, and that voters liked The Boy's "veto", would that there had been one, he then misses his turning and meanders off into the unknown. The poor dear is trapped by his Tory mantra, interpreting current events as giving the government "permission to negotiate a new relationship that better serves our interests".

In this debilitated state, he fails to see that the one message consistently being screamed out by the eurosceptics that he so applauds is that we should leave the European Union. To that effect we need urgently to work on how to achieve that desirable aim, and then what sort of society we want in a post-EU world.

But with a mind rotted by the miasma of the Westminster micro-bubble, and further constrained by his tribal loyalties, the poor dear misses that turning, getting hopelessly lost, forever orbiting the "renegotiating" meme.

In due course, one hopes, medical science will produce a drug that will cure this debilitating condition, but the best we can hope for is that tender loving care, and the warmth and support of his friends and family will reduce the impact. For the time being, as long as he remains within the Tory fold, there is no cure.