A statement from the Great Leader 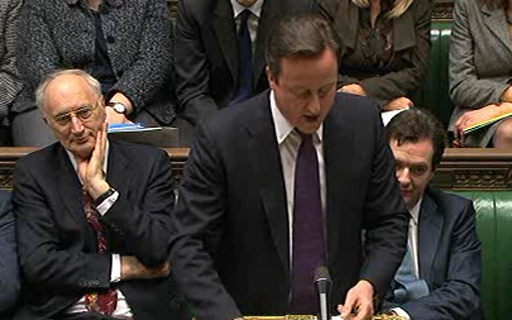 So, Cameron speaks of his derring-do in Brussels, when he managed correctly to identify that he attended a European Council. He went there for one purpose, to protect Britain's national interest.

He demanded "modest" safeguards, knowing that an intergovernmental arrangements was not without risk. But the choice was an EU treaty with safeguards, or no treaty. It was a tough decision, but the right decision. We remain, however, a full member of the EU ... huzzah! "I believe we should be in the European Union", he says.

And there you go. Not a single mention of the "v" word. If he vetoed a treaty, he makes no claim in front of his MPs. It is as if the last three days had never happened. Why the reticence? 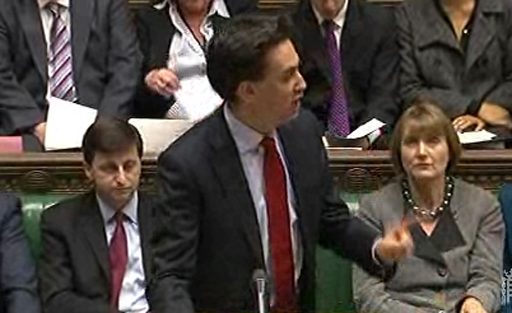 Ed Miliband says The Boy has come back with a "bad deal for Britain". Boy meets Boy. "We walked away from the table", says the Miliband. We have a "diplomatic disaster" of 26 countries going ahead without Britain. Far from protecting our interests, he has left us without a voice.

The prime minister claims to have exercised a veto, yet a veto is supposed to stop something. But it goes ahead. That's called loosing, says Miliband. The truth is though, the prime minister didn't want a deal, so he made sure we wouldn't get one.

Responds The Boy, he hasn't told us whether he (Miliband) would sign up to the new treaty? But what treaty? That has not been stated. "I'll tell you what we gained from the veto", says The Boy, now admitting for the first time that he (thinks he) cast one. How revealing - no mention of the veto in his main statement - the first reference is in response to the leader of the opposition.

Peter Tapsell then gets in with a question ... many I declare my admiration ... Oh, yuk. And from here, it goes downhill, although it hasn't far to go.

Jack Straw then says there was no draft treaty before the Council. Would the prime minister like to point out the paragraph numbers which threatened British financial services. Look at the letter from Merkel, says Cameron, ducking the issue. He doesn't answer, because he can't answer. 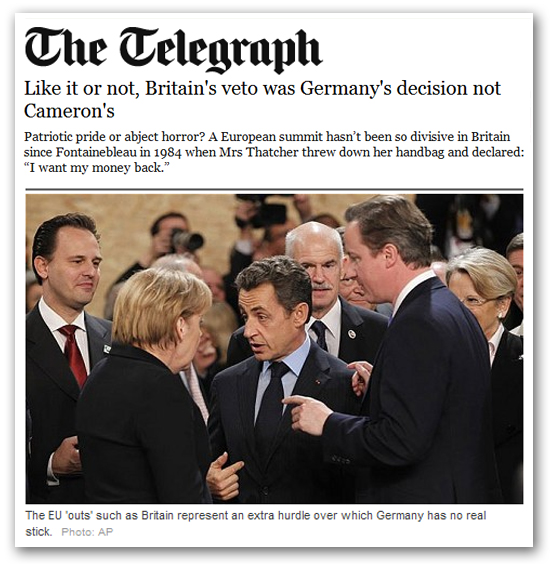 Outside the Westminster micro-bubble, however, reality begins to dawn. "It ain't Cameron you should be praising or blaming, but Angela Merkel and Nicholas Sarkozy. The truth is, Cameron hasn't stood-up for Britain or quit the eurozone debate: Britain has been kicked out". This is from Louise Armitstead, Chief Business Correspondent of the Failygraph.

What a plonker, says Dennis Skinner.

And, in over ninety-minutes of questioning, not one MP presses that point. There are more questions about the absence of Nicky Clegg, who was not in the House to adore his Leader. 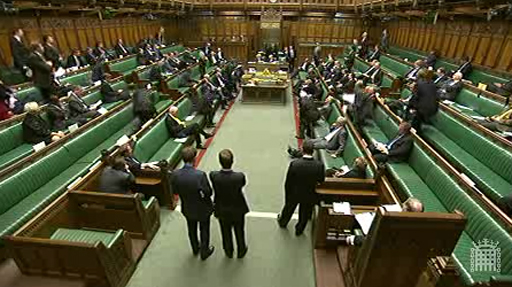 But the turnout tells its own story. When you compare with the packed benches during PMQs, you immediately see that the "honourable members" are not that fussed by the great drama. Perish the thought that they should actually put an appearance in the House and challenge the man masquerading as our prime minister. Can we now turn the building into a museum of democracy, get rid of the MPs and save ourselves some money?