Standing up for Britain? 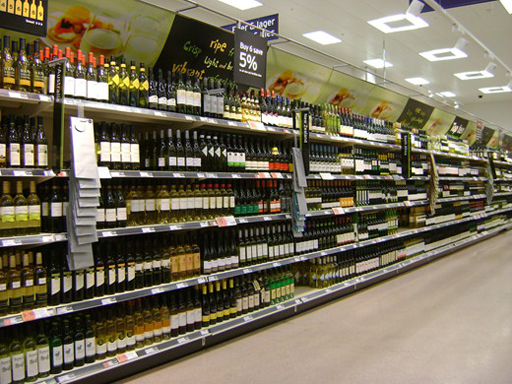 In trying again for a minimum price of alcohol, The Boy must have something up his sleeve as he can't be this stupid, can he? As Boiling Frog notes, even the Failygraph is being up front about the EU involvement, to an uncommon and highly suspicious degree.

Furthermore, the provincial government suggested minimum prices for alcohol almost exactly only a year ago, in January 2010, then to have the ECJ rule in March that minimum pricing on tobacco would violate EU law – in circumstances exactly analogous with alcohol minimum pricing. The EU problem is, thus, well known.

However, it looks as if The Boy might indeed have a cunning plan, relying on raising taxes on alcoholic drinks, based on the number of units of alcohol in a drink.

Such an option would be permissible under EU law and would also be highly attractive to the Treasury, raising about £700 million in extra revenue in a full year. Justified on health grounds, this would escape the opprobrium of a straight tax hike, and since it will hurt the plebs most, The Boy might think that the political fallout for him would be minimal.

It is still a puzzle though as to why he should make the announcement now, and whether increasing tax revenue is the main motivation, rather than the health benefits. After all, considerable doubts have been raised about the effectiveness of price increases in curbing consumption.

One groans inwardly, therefore, at yet another political stunt. Clearly there are complex sociological reasons for the extensive and very public alcohol abuse that we are seeing, and the epidemic of binge drinking that is doing so much damage to health, and especially to young women.

There can be few responsible people who would not like to see these problems solved and none of us want our taxes spent on dealing with alcohol abuse or, for that matter, having our hospital casualty departments cluttered with drunks, our streets soiled and our police wasting time with inebriates.

Thus, had The Boy come up with a range of measures which might have some real effect on the problems – such as getting pubs back in the loop, where binge drinking is more easily controlled – he might get some real applause from a wider audience.

But perhaps this "standing up for Britain" malarkey over his fantasy veto has gone to his head. With the publicity over the EU link (possibly deliberately highlighted by the Failygraph) he might think that side-stepping (but not confronting) EU law will add to his "eurosceptic" credentials. Looking to strengthen the adoration of his party faithful, his idiot party is so easily pleased that the right spin would easily get them on board.

But surely he must realise by now that, in order to get elected, he must not only satisfy his party, but also attract a majority amongst that diminishing band of electors that is prepared to go out and vote. And, even if he does position this as "standing up for Britain", I can't honestly see it being a vote winner.