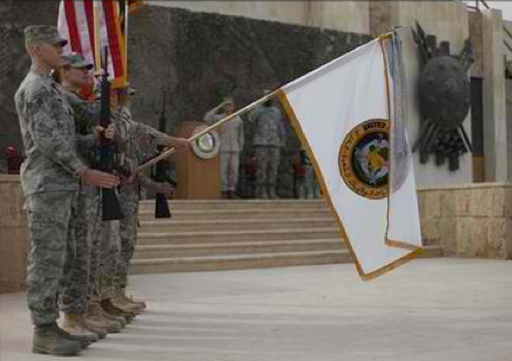 Considering the huge investment, and the way it has dominated the headlines for nearly nine years, the official end to US participation in the war in Iraq has been rather downbeat.

The highlight of the event, for me, was an academic on BBC News 24 correcting the interviewer on the nature of democracy. Listening to the assertion that at least Iraq had been left a democracy, he robustly disagreed.

It was a democracy in the sense that there were free elections, said our man, but there is a lot more to a democracy than elections. And, in many other respects, Iraq did not get near conforming with what might be expected of a democracy.

As I listened, it occurred that the man could easily be talking about the UK, where in many respects, we have a democracy in name only. And there are far too many people who believe that elections are the defining feature – not least BBC interviewers.

As to the war in Iraq, it isn't actually over, and there is still much unpleasantness and injustice. Booker will be writing about one aspect for the Sunday. And we will hear much more over time. But the focus now moves to Afghanistan, where there is not even any pretence of there being a democracy.

Soon, there war will be "over" there as well. What in fact we are seeing is a retreat from Empire. US influence is on the wane. We will probably never see the likes of 2003 again, and the "shock and awe" that so characterised the initial US intervention.