The truth will out II 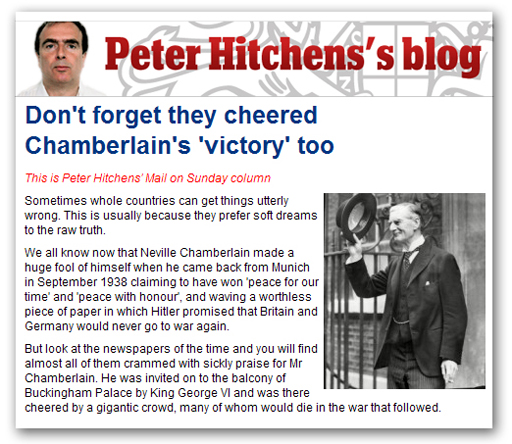 "Many people who should know better are still cheering David Cameron for his supposed mighty veto in Brussels on December 9", Peter Hitchens says. "They are doing this because they passionately want it to be true. They want Mr Cameron to be a patriotic conservative. But he isn't."

"They want Britain to stand up to the EU. But it hasn't."

"Mr Cameron did not in fact use the British veto. There was no treaty to veto. France and Germany were quite happy to get what they wanted by other means - France positively wanted to do so, and Jean-David Levitte, a senior aide of President Sarkozy, has described Mr Cameron's action as a blessing."

COMMENT: "THE TRUTH WILL OUT" THREAD
Posted by Richard at 14:36