The great and the good? 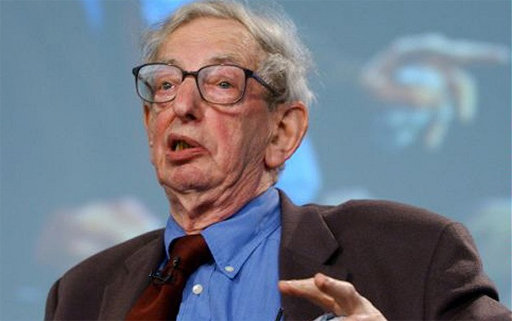 He is a Marxist and was a long-standing member of the now defunct Communist Party of Great Britain and the associated Communist Party Historians Group. As such, he has been (and still is) an apologist for one of the most vile regimes this earth has ever spawned, openly justifying a system responsible for the death of 15-20 million people (at the very least), and denying the extent of its crimes against humanity.

Yet Eric Hobsbawm is president of Birkbeck, University of London, and recently president of the Telegraph Hay Festival. He was appointed a Companion of Honour in 1998, a British honour unique in that it is the personal gift of the monarch for outstanding achievement in the arts, literature, music, science, politics, industry or religion. And even to this day, he is fêted by the BBC as a great historian.

This being the case, and quite understandably, Your Freedom and Ours believes we have lost the propaganda war. But it also speaks of an establishment that has lost its way, one that has no true idea of values and one which has demonstrated a complete inability to make sound judgements.

We have no lessons to learn from him or the people who support and applaud him, other than that it is quite possible for the establishment to be totally, completely and vilely wrong.