The wages of neglect 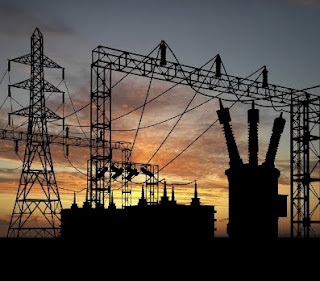 UK households face an increase in their energy bills of as much as 60 percent over the next decade. This is from the BBC Today programme via The Daily Telegraph retailing news of an energy review by Ofgem.

Yet, because of EU interference and the fact that successive governments have been pratting about with energy policy, and with the future Tory administration (prop. Zac Goldsmith) wetting its panties over subsidy wind farms, this is exactly what we have been saying would happen, again and again. After decades of incompetence, procrastination, downright stupidity and neglect, chickens are coming home to roost.

Thus, Ofgem is calling for "£200bn of investment to secure the country's future supplies", stating that the investment is required to ensure the country can safeguard its energy needs "as well as cutting carbon emissions". As a result, bills will rise between 14 and 60 percent by 2020, not least to cope with "a volatile global gas market and power stations nearing the end of their life."

Alistair Buchanan, Ofgem's chief executive, says that potential problems include gas supplies being disrupted by a Russia-Ukraine row and Asia cornering the liquefied natural gas market. These were "more red lights than green lights towards the end of the decade", Mr Buchanan told the Today programme.

And guess what? Ofgem says that Britain will need to rely on significant levels of gas imports, in particular for gas power plants to replace lost nuclear and coal-fired capacity. Well, you don't say! Gobsmacked, we are! We would never have thought of that!

Put more succinctly – the politicians play, we pay. But then, it was ever thus ... only worse now than it has ever been. With the children in the Tory party besotted with their "renewables" fantasies, energy policy in this country is a train wreck.