We should fear cooling 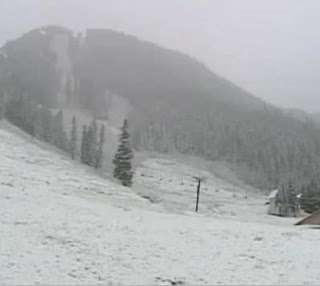 In a new scientific paper, the Russian head of the Space Research Laboratory of the Pulkovo Observatory, Dr Habibullo Abdussamatov, is telling us not to be concerned about "catastrophic global warming". What we should be worried out, he warns, is a deep temperature drop.

Yesterday, Ambrose Evans-Pritchard warned about the parlous state of global food stocks, telling us: "Food will never be so cheap again". Ambrose did not factor in the effects of a prolonged cooling cycle, but if you add that, as we have done, then the global picture is very bleak indeed.

These are not fictional issues – the outpourings of a fevered imagination. There is a lot of hard evidence that says we are going to have serious problems. Yet, the scientific establishment and the political claque are still blathering on about their fantasy warming, oblivious to the real impending disaster.

Not since the 1930s, when some we seeking to disarm further our Armed Forces in the face of German rearmament, have our political classes got it so wrong. But at least then we had the "warmonger" Churchill, warning us of the folly of it all. Where now is that person of similar stature now, to warn us that we are being driven to disaster by baying fools, of the likes of Lord Stern?