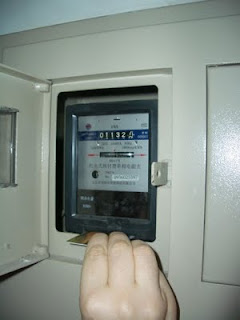 While the warmists and their political groupies are happily chuntering about increasing the cost of energy, all to combat their obsession with the vanishing global warming, the Citizens Advice Bureau has come up with some daunting information.

The number of people seeking assistance with fuel bills, is says, has "soared" by nearly 50 percent during the past six months to the end of September, compared with the same period of the previous year.

Undoubtedly, that is a reflection of the economic crisis, the effects of which are filtering through the system, but it also illustrates the impact of higher energy bills, which are set to go even higher as the warmist creed takes an increasing grip of energy policy.

Furthermore, these figures do not reveal one of the industry's closely-guarded secrets – the number of households now fitted with pre-pay meters. These enable companies to avoid the politically sensitive enforced disconnections, effectively forcing people to "self-disconnect" when they run out of cash to buy their tokens.

Such is the "disconnect" of a different kind, exhibited by our political classes, that they can happily prattle on about "saving the planet" from global warming, piling on costs to an already over-expensive energy system, without being in the least aware of the downstream effect.

While they prattle on, however, fuel poverty - as the Citizens Advice Bureau is showing – has already become an issue and is set to become an even bigger issue as the effects of the continued mismanagement of energy policy take hold.

What needs to be made clear – but probably will not be – is that this is a politically-generated and wholly unnecessary problem, stemming from the failures of not just this but successive governments, made infinitely worse by the fatuous obsession with global warming.

In many instances, it is too easy to blame the politicians for societal ills but, in this case, the blame should fall squarely in their lap. They are to blame and, as they sit in their centrally-heated House of Commons, they would do well to reflect on the misery caused by their failures.

They might also reflect that their continued preaching on the need to curb global warming does nothing more than incite thoughts of perpetrating the most foul violence on their persons.