Who'd be a reporter? 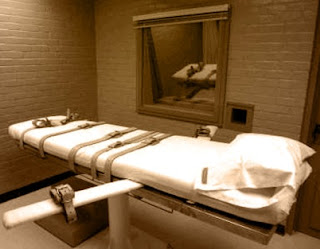 Well, someone's got to do it - releasing valuable resources to cover the global warming crisis - with only 47 days left to save the planet, and all that.

I ended up with the New York Times, almost in desperation – having trawled the British media for story ideas to make up the overnight post.

There, it is almost unbelievable to find that the single most important event in the world – according to our gifted hacks – is the BBC/Griffin affair, covered as lead items by The Times, The Independent, The Guardian, The Daily Telegraph and many more.

One of the few sensible commentaries to come out of all that is from an unusual coupling, Frank Field and Nicholas Soames, who say: "Cowardice on immigration has allowed the BNP to flourish". They are dead right, of course, but it isn't going to make any difference.

Reviewing the foreign media, by far the most important issue – to judge by the number of outlets that are covering it – is the Pakistani operation in Waziristan, but with the PAK Army blocking media access, there is very little for us to add that we have not already covered on Defence of the Realm.

Without doubt, this issue is important for, as one newspaper puts it, the strategic focus in the region has shifted from Afghanistan to Pakistan, and events there have all sorts of ramifications for us here, both domestically and in terms of our international relations and security.

It is a reflection on the media though – certainly in this country, and most probably elsewhere – that the profile given to a story is determined these days not by the inherent importance, but by proximity, what interests the editorial teams, and – crucially, accessibility and the availability of photographs. It will come as no surprise to learn that Waziristan is given very short shrift in today's British media.

A few old-time hacks that I know, still in employment in a shrinking industry, are sick to teeth of it, and the venality of the media is often a topic of conversation with friends and acquaintances. It really is quite remarkable how few people these days actually buy newspapers.

So it is that we end up featuring an unusual story from the NYT. It was interesting for what it said about the media industry, one which can no longer find the time to attend executions – but is witnessing its own.