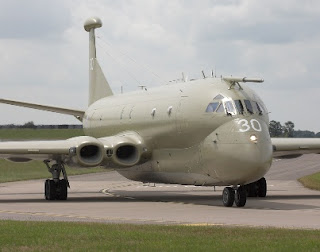 Predictably, the media are giving heavy coverage to the "Nimrod Review" into the wider issues surrounding the loss of Nimrod XV230 in Afghanistan on 2 September 2006, commissioned by former defence secretary Des Browne on 13 December 2007, and delivered yesterday by Charles Haddon-Cave QC.

The piece by Michael Evans, in The Times is, for instance, headed: "Nimrod report is most devastating in living memory". It reports that the accident occurred because of years of complacency, safety reviews that were riddled with errors and a general lack of care towards the personnel who had to fly the aircraft in a dangerous environment.

What Evans does not say – and neither, it seems do many other journalists – is that the report is 587 pages long, packed with detail by a man who is an aviation specialist, a fact that is very apparent in the depth and breadth of the findings.

Given the necessary speed with which the media must work, and the fact that Haddon-Cave did not release his report until after the press conference, this means that none of the journalists who filed their stories for the main news organisations – all of which were up in the early afternoon and evening – can have read the report.

If you rely on the media accounts, therefore, you will - at best - be misled. You will certainly be ill-informed. Read more on Defence of the Realm.
Posted by Richard at 00:24