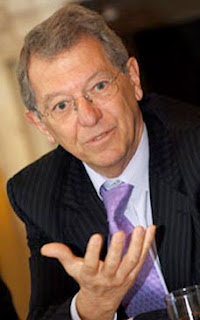 When people overstate happenings that aren't necessarily climate change-related, or set up as almost certainties things that are difficult to establish scientifically, it distracts from the science we do understand. The danger is they can be accused of scaremongering. Also, we can all become described as kind of left-wing greens.

Antarctica is likely to be the world’s only habitable continent by the end of this century if global warming remains unchecked, the government's chief scientist, Professor Sir David King said last week. He said the Earth was entering the "first hot period" for 60 million years when there was no ice on the plane and "the rest of the globe could not sustain human life".

If all the ice on Greenland were to melt, sea level would rise by seven metres. Is that likely to happen? Well I was saying six years ago unlikely [but] I'm afraid that that's having to be revised... 80 percent of our human population lives within less than a one metre rise of sea level so imagine the destabilisation of our geopolitical system with a sea level rise of the order of one or two metres. And that is on the cards I'm afraid.