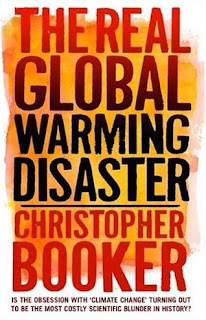 In a startling new book, Christopher Booker reveals how a handful of scientists, who have pushed flawed theories on global warming for decades, now threaten to take us back to the Dark Ages. He writes:

Next Thursday marks the first anniversary of one of the most remarkable events ever to take place in the House of Commons. For six hours MPs debated what was far and away the most expensive piece of legislation ever put before Parliament.

The Climate Change Bill laid down that, by 2050, the British people must cut their emissions of carbon dioxide by well over 80 per cent. Short of some unimaginable technological revolution, such a target could not possibly be achieved without shutting down almost the whole of our industrialised economy, changing our way of life out of recognition.

Read the full article on The Sunday Telegraph site.