Sack your home and sell your wife 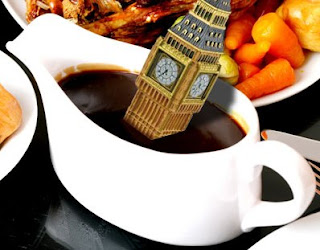 Actually, it might be the other way around. Either way, it is going to cause ructions (is causing ructions) with MPs.

But a survey indicates that the majority of the public has no sympathy at all with the "plight" of MPs, and are in a vengeful mood.

The only problem is that, when all the changes, restrictions, controls and the rest are in place, and all the MPs are little goody-two-shoes, claiming 40p a month salary and selling Big Issue on the side to pay for their beds in the hostels, it is not going to make the slightest difference.

We are still going to have an emasculated parliament – in fact more so – with power spread between the executive, the quangos and Brussels. People forget – it is our parliament, the MPs are to represent us, and protect us from an overweening executive.

Instead, over several generations, MPs have given their power away - our power, held in trust – with the current lot tolerating the decline in parliament whilst living high on the hog.

Vengeance, satisfying though it is, is not solving anything. The gravy train is still intact . All we have managed to do is force some of the lighter weight passengers to get off – but a lot more are climbing on every day, many at a way-station called Brussels.

It will be a few years yet, but once the force of the constitutional Lisbon treaty becomes apparent, we will be wondering what lasting changes we have really achieved.