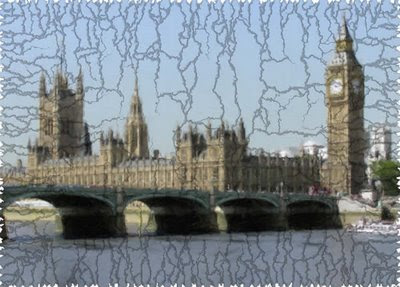 Charles Moore writes today that "Attempts to regulate MPs by an external authority will prove an utter disaster, because they set that authority above the people we ourselves choose to make our laws. It therefore replaces parliamentary democracy by the rule of minister, judge or bureaucrat."

Every recent scheme, he argues - from state funding for political parties to control of "second jobs" for MPs, Gordon Brown's invention of an Independent Parliamentary Standards Authority and even the establishment of a Supreme Court separate from the House of Lords - is guilty of the same error. We entrench more and more "scrutiny", but what we are creating is a quango state.

Asking how this has come about, Moore concludes that MPs forgot that their House was esteemed because it genuinely made the laws for the people it represented, and so they transferred much of that right to Europe.

Having handed over their birthright, MPs then focused on their mess of pottage. Individual offices, more paid advisers, bigger pensions, shorter hours, second homes, free ginger-crinkle biscuits! It is not a coincidence that Tony Blair, the first prime minister in our history ever to show consistent contempt for the House of Commons, was also the first to make the hand-outs really gargantuan.

Moore then notes that David Cameron has been specific about "one or two tough things which he wanted to apply in the next Parliament, such as an end to the MPs' pension scandal." But, he adds, the mood in all the leaderships has been that they wanted to "move on". They are avoiding plans for real reform ... they do not want to strengthen Parliament against the executive which they themselves hope to lead.

That is the truth of it. MPs, having themselves conspired in their own emasculation, are allowing the party leaders to finish the job – while the claque applauds their humiliation.

Moore actually wrote about this in May, and we applauded him. We had another go in June, when there were other voices raising the alarm. But they were too few, too late, drowned in the clamour. And now, Le Bon's "crowd" holds sway, actively clamouring for the accelerated destruction of that which holds it safe ... its own parliament.

A startlingly apt utterance comes to mind – from a different age and a different context. But the words have not lost their power or meaning: "Forgive them Lord, for they know not what they do."