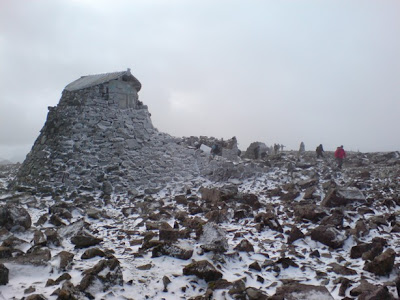 Holding on to one's sanity is a struggle at the best of times, but the likes of this suggest it is a losing battle.

In my fevered state, I have imagined that I have just read from Ben Webster, the "environment editor" of The Times that: "Millions of tonnes of potentially lethal carbon dioxide may have to be stored deep under towns and villages to prevent climate change, according to a senior government adviser."

The piece appears to continue in like manner, apparently informing us that: "The storage sites would have to be closely monitored to detect any leaks and an alarm system would be needed to warn nearby residents of the danger of asphyxiation. New bylaws might have to be passed prohibiting bedrooms on the ground floor because of the risk of CO2 poisoning as people slept."

Still the piece continues or, at least, it appears to continue. One fervently hopes that it really is a figment of my imagination, confirmation that I have lost the battle to retain my sanity and have succumbed to hallucinations and delusions.

It is not possible that anything could be so utterly mad, so completely devoid of sanity as the piece I have imagined I have read. It cannot exist in real life ... please ... it cannot ... please ...

What is real, though, is this. It is snowing in Saskatoon. Then, in a brief return to lucidity, one reads this: "Friday morning's snowfall in Western Montana not only caused headaches for drivers, it also made history. The National Weather Service measured an inch of snow at the airport, which tied a record for October 5th, which was set back in 1905."

And the picture? Sent to us by a reader, it records snowfall on Ben Nevis, earlier this week. Now you must excuse me. I have just read this and two men in white coats have suddenly appeared, knocking on the door, wanting to come in. I must find out what they want.