The perennial temptations of populism 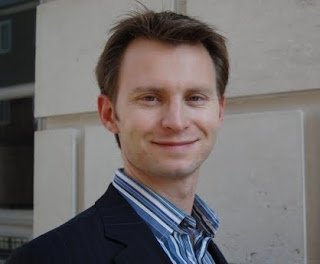 Adrian Pabst, in The Guardian, is branding Mr Cameron "The prime minister of little England", complaining of the "Tories' threat to renegotiate the Lisbon treaty once it is in force."

Who Adrian Pabst? Well, he describes himself as a lecturer in politics in the University of Kent at Canterbury. Since 1998, he also been a research fellow at the Luxembourg Institute for European and International Studies. In other words, he is one of those raving leftie europhiles that infest the political studies departments of redbrick universities, and make a few pennies on the side writing for left-wing newspapers.

One wonders, though, who his audience might be and, perhaps as importantly, which planet they inhabit. As interesting is whether he actually believes what he is writing or whether he is saying it for effect and, if so, what effect he is aiming for.

The thing is, of course, unless we have missed it, nowhere do we ever recall Mr Cameron or his brand of Tories actually threatening to renegotiate Lisbon once it is in force. That is one thing they have been very careful not to do, leaving "hardline Eurosceptics" (as Pabst describes us) with the distinct impression that Dave intends to do precisely nothing.

From opposite ends of the spectrum, therefore, it is fascinating how opinions as to the intentions of one man and his cabal can differ so widely, supposedly based on the same pronouncements and information. Thus, Mr Pabst also thinks that a Tory referendum on re-nationalising powers is also on the cards – another area where he seems to be better informed than us.

But even – or so it seems – Mr Pabst can see through the fluff. "Of course Cameron won't repudiate Euroscepticism until the next general election for fear of losing crucial votes to the UK Independence party," he writes. So, that is the view of a raving leftie europhile ... very interesting.

Pabst's fear though is whether, once in office, Cameron's duplicity "realism" can prevail "over the perennial temptations of populism and ideological posturing". If he can resist the temptations. Pabst opines, Mr Cameron should offer, by way of an alternative "vision" - a positive and genuinely transformational, Conservative vision - for the EU.

Notwithstanding that Cameron has already got plenty of unreformed leftie europhiles on his staff and hardly needs advice from another one, after yards of extruded verbal material, Pabst tells us there are "many other economic and political reasons for a new Tory approach to Europe".

Sticking with "vulgar euroscepticism", he cautions, will boost the SNP's case for Scottish independence, and might spell the end of the United Kingdom. There you are, by a wonderful perversion of logic, being against the EU will actually lead to the break-up of the UK.

Moreover, the Tories' current EU stance will in time provoke a major rift with continental European partners, depriving Mr Cameron of a "unique opportunity to influence Europe" in cooperation with his natural, centre-right allies who have a majority across EU institutions and the 27 member states.

Thus, we are warned, instead of shaping the EU's future under British leadership, Cameron might be remembered as the first British PM to preside over "little England" – not exactly a glorious legacy for a one-nation Tory unionist. For this reason alone, he needs to start developing an alternative Tory vision for Europe.

If he did though, he probably would not get elected. But then Mr Pabst has an answer to that as well – pander to the "hardline Eurosceptics" before the election and then prevail "over the perennial temptations of populism and ideological posturing" after getting into office.

What it is to understand politics so well. No wonder he is a research fellow at the Luxembourg Institute for European and International Studies. The "colleagues" must be so proud of him.