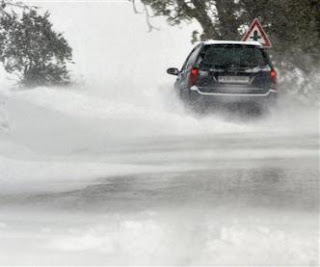 If you're dreaming of your next ski holiday and wondering whether the snow cover in the Alps is going to be as bountiful as last season, says The Daily Telegraph, do something else: go shopping, take the dog for a walk, because it's not looking good. But only if you believe the "experts".

The Met Office – which predicted our "barbecue summer" – says that temperatures this winter are going to be "above average" over much of Europe. The Swiss Federal Office of Meteorology shares the same view, but, with refreshing honesty, points out that last year it said a cold winter was "highly improbable". It proved to be one of the coldest on record.

But there is exactly the same dynamic the other side of the Atlantic. Despite the Midwest being covered by an abnormally early blanket of snow, the National Oceanic and Atmospheric Administration is saying that this winter should be warmer than usual in Minnesota and Wisconsin.

Thanks mostly to the effects of El Nino, "warmer-than-average temperatures are favored across much of the western and central US, especially in the north-central states from Montana to Wisconsin," NOAA says. That applies generally to the Rockies, plains and upper Midwest. It then hedges its bets by stating: "Though temperatures may average warmer than usual, periodic outbreaks of cold air are still possible."

As to the current unseasonal snowfalls, the long-term forecast covers the period from December through February - so they don't count.

(Pic: A car drives through snow after heavy snowfalls hit parts of the Czech Republic, at Vetrny Jenikov in the Czech-Moravian Highlands, about 100 kilometers (62 miles) southeast of Prague. AP Photo/CTK)