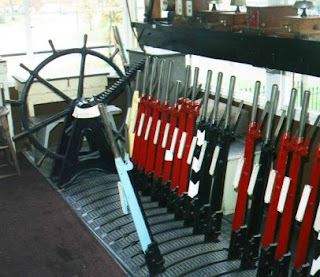 The thing about Matthew Parris is that he does have a brain and he can think. Thus, slowly, he's getting there, but he's still trapped in his bubble and cannot make the final, conceptual links which would enable him to work out what is really going on.

However, he makes a start in his latest piece. There, he tells us that the British electorate have an intuitive grasp of politics, but there's one misunderstanding to which the generality is prone.

Parris suggests that we tend to think that driving a country would be like driving a car. Your eye would be constantly and intelligently on the road ahead; miss the brake, let your foot slip, jerk the wheel, or turn round to argue with the passengers, and you’d crash.

Then comes the great revelation: "The truth is different," he writes. "As those who acquire power discover to their dismay, the controls are mushy and indirect, and the machine will run on, driverless, for some time. In the harsh light of experience, the illusion that a British Cabinet is in day-to-day control cracks."

Hurrah! He has finally noticed. And there we were in April 2007 writing of a meeting (which actually happened in 1996) with Roger Freeman, then Chancellor of the Duchy of Lancaster.

Standing in his grand office, overlooking Horse Guards, he likened his position with that of a signalman in an old-fashioned signal box. "I have all these levers," he lamented, "the levers of power". Turning to me he then said, rather sadly, "the trouble is that they are not connected to anything."

Of this, we have written, not once but several times, and now – at last – Parris has also noticed something amiss.

Unable to escape his bubble, though, he looks through the party political prism and blames the "atrophy" on Brown's government. In Tory doctrine, history begins in 1997. Parris, like the rest of them, cannot begin to appreciate that this phenomenon has been going on a long, long time.

Thus, of course, from the learned discourse to which we are treated, two words are missing: "European Union". The man has discovered that the controls are "mushy and indirect", but he cannot – or dare not – tell us why. Not, of course, that it is just the EU – there are many other influences which have diluted and diminished the power of our own elected officials.

At least though, if Parris is telling us that the government is no longer in charge, some people might be motivated to ask who does hold the levers of power. That is the next step, but we may have to see Cameron founder in exactly the same way that we have seen with Brown's administration, before the penny finally drops.