What are they worried about? 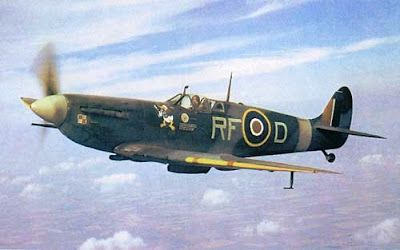 Having enlisted a number of retired generals and Andy McNab, "the renowned SAS hero" in a rather dubious campaign against a registered (and therefore legal) political party, the "Nothing British" campaign against "extremism and racism" is organising a "Breakfast Meeting" tomorrow.

At the breakfast will be "leading experts in the fight against extremism", namely James Bethell, Andy McNab, Andrew Roberts and Tim Montgomerie (of Conservative Home fame). They will announce the next stage of its campaign, to draft a manifesto that addresses the bona fide issues "of those thinking about abandoning mainstream political parties and voting for the BNP."

Says the blurb, "These are often voters who feel so pessimistic about the future and so disillusioned with Westminster that they are prepared to overcome the stigma of the BNP's neo-fascist origins and support BNP candidates, many of whom have a dubious past."

The current crie de coeur, of course, is their objection to the BNP "hijacking" military symbols in support of their own campaign, most notoriously their "Battle for Britain” initiative which featured a photograph of a Spitfire, invoking the World War II patriotic spirit.

It did not take long to identify that Spitfire, marked RF-D, as a MkVb flown by 303 Kościuszko Squadron (pictured), pilot S/Ldr Jan Zumbach, who scored eight kills during the Battle of Britain, with 13 in total.

Picturing an aircraft from a famous Polish squadron was inept enough, but the ignorance of the BNP also allowed it to feature an aircraft mark which was not issued to squadrons until early 1942, well after the Battle of Britain had ended.

A political party which claims to support the military, yet which displays such obvious ignorance of such matters, is not one to be taken seriously. As with much of its outpouring, they are – or should be – the object of derision. The BNP's campaign should have been howled down in a gale of mocking laughter.

The only problem for the established political parties is that they are unable to do so, being so compromised on the numerous issues on which the BNP campaigns, that they are left fulminating at the voters rather than the party they so detest.

What they cannot bring themselves to acknowledge is that the reason many voters actually tick the box for the BNP is precisely because the BNP is as loathsome as they claim. Such votes are a statement that, however abhorrent the BNP may be, the established parties are worse.

The answer to that, of course, is for the established political parties to up their game, for them seriously to address the issues of concern to real people rather than the denizens of the Westminster bubble.

But, lacking political nous, as my co-editor has observed, they have made the classic error of descending into the pit and scrapping with the chimney sweep. This gives the BNP a huge publicity bonus and reinforces the impression that the political classes have lost the plot.

The only thing positive they have done is reveal quite how worried they are about "those thinking about abandoning mainstream political parties and voting for the BNP." These Tory-dominated "experts" would not be acting so stridently unless they perceived a threat to their electoral prospects. Unwittingly, therefore, they have played into the hands of the BNP.