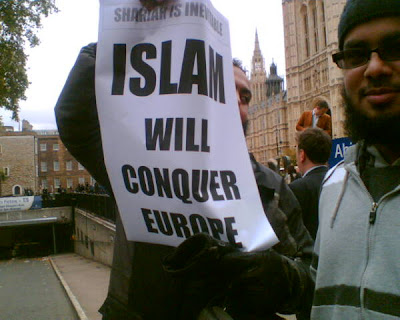 Attendant on the meeting organised by the Lord Pearson were some jovial young chaps in the street.

They were making the most of their right to freedom of speech, cheerily waving banners saying "Shariah is the solution, freedom go to hell" and "Geert Wilders deserves Islamic punishment". They then kindly advised us all of the superiority of Sharia law, playfully suggesting that those who did not agree should have their heads detached from their bodies.

Our tireless constabulary patiently mediated, to ensure that these young chaps were given every opportunity to express their views – something previously denied to Mr Wilders - and the BBC diligently recorded their message for onwards transmission to a wider audience. 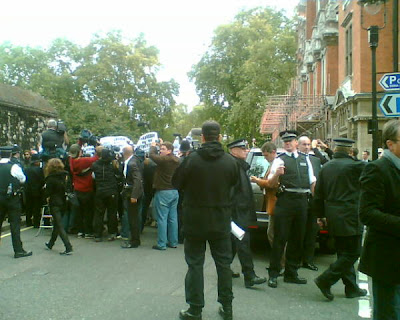 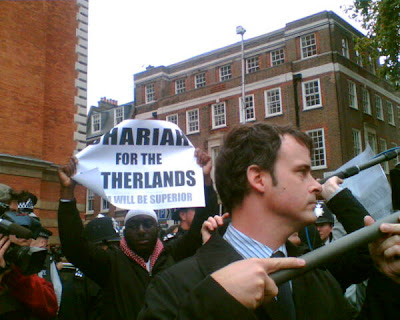 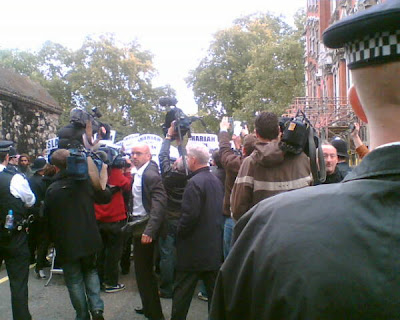 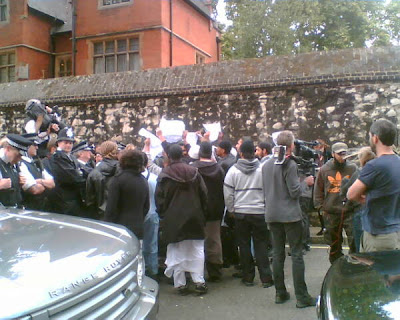 The Home Office, meanwhile, said a final decision would be made on whether to appeal against the Asylum and Immigration Tribunal's decision to allow Mr Wilders into Britain to purvey his hateful creed, the man whom the Muslim Council of Britain has so wisely described as a "relentless preacher of hate".

Our gifted co-editor was there, and has beamed the photographs to us. She will report on the meeting later.