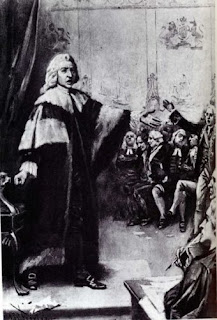 The twitterings of delight from the Tory Boys & Girls at Dave's great coup in bringing the "Army legend" on side, just in time to make a big deal of it a conference, are now looking more than a bit sad as the grown-ups chew over what in fact has been a huge blunder by the Great Leader.

That the issue refuses to melt away into the background is testament enough to the scale of that blunder. Not only yesterday did we have The Sunday Times leading the fray but today The Times returns to the subject, with a leader headed: "Generals and Politics".

Focusing first on president Obama, the paper sternly declares that, "Policy in Afghanistan must be set by elected governments, not the military," reminding us that the presidency also encompasses the role of Commander-in-Chief of the US Armed Forces.

It notes that, in that latter capacity, Obama has to make the most difficult decision of his presidency, making the obvious but necessary statement that "decisions are needed now."

Then we get to the nub, with the paper restating some home truths. "War should not be run by generals," it says. "The Commander-in-Chief is elected to decide how best to safeguard security. He should tell his commanders what the strategy in Afghanistan is; their task is to lay out the military options, warn the President of dangers and implement the decisions then taken."

There are two issues here, we are reminded: how best to prosecute the war against the Taleban, and who takes that decision. The first question is secondary to the essential constitutional principles of democratic government. President Truman was vilified when he dismissed General Douglas MacArthur for insubordination in the Korean War. Yet the decision was right. Truman confirmed that policy decisions are taken by civilian governments.

And now we get to Cameron's blunder. That principle, we are told, is no less pressing today, and it extends to the UK too. As defence adviser to the Conservative party, Dannatt will have unnecessarily stoked concerns about the politicisation of the Armed Forces and, in particular, the men who lead them. It is an essential principle of public service, the paper declares, "that elected governments set policies, and generals implement them."

So basic and straightforward is this principle that one really does wonder why it needs re-stating. In the current Conservative party line-up, we have a former Times journalist in charge of education policy, and none of the Tory Boys seem to think there is anything wrong with that. Why do we not hear cries for a professional educator – a headmaster, or some-such, to be put in charge.

Why is there not a cry for a qualified medical doctor to be put in charge of health policy – such as Dr Liam Fox? For trade policy, surely we need a former captain of industry, and for transport policy we should have ... a road builder, a railway expert, a former airline executive, or a one-time shipping magnate?

Therein lies the absurdity. Just at a very basic level, what makes a retired army general so well qualified that he should have an executive role in determining the policy for the RAF, the Royal Navy, the Marines, or for grand global defence strategies, or for the very special circumstances of the campaign in Afghanistan, of which he has neither operational experience nor any track-record of success?

The baying of the crowd that in the one particular sphere of activity, defence policy, ministers should have specialist knowledge to the extent of being former professionals in the field, is absurd. People are not thinking straight. In this country and most Western democracies, policy decisions are taken by civilian governments. That is how it should be, and to blur the line is dangerous.

Cameron is going to have to row back from his decision to take Dannatt on board, and then get down to some serious policy-making, the like of which we have not yet seen. And the sooner he admits his mistake the better. The longer he leaves it, the more difficult it will get.