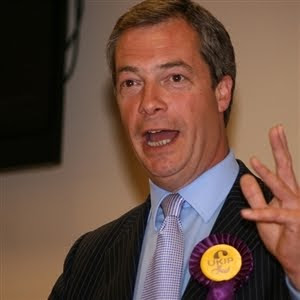 Mixed feelings attend the news that the Nigel Farage Party UKIP has been "stung by a devastating court ruling, which ruled £367,697 of donations were impermissible" and are subject to forfeit.

Farage is now suggesting that the party could collapse because of the case, which is the culmination of a two-year saga. It arose in the first instance when the party accepted 67 separate donations from Alan Bown and his company Nightech Ltd, without checking that Bown's name was on the electoral register.

Originally "fined" in Westminster Magistrates Court a sum of only £18,481, the Electoral Commission appealed the decision, which brought today's ruling which has UKIP "staring at the political abyss."

Those in the know suggest that this is a spectacular "own goal" by Farage who personally intervened to prevent a response to the Electoral Commission which would have kept the issue out of court, more-or-less goading the Commission to take action in what has become a battle of wills – from which there could be only one loser.

For the dwindling membership of UKIP, however, this is a hard and undeserved blow. Up against the might of the established parties, with the tainted record of their leadership making it harder than ever to attract substantial donations, they had been hoping to field up to 550 candidates for the general election.

Although many candidates are expected to pledge their own funds to the campaign, to put up a full slate will require external funding. Unless new donors are forthcoming, today made it just that bit harder.

The primary beneficiary of this will, of course, be Mr Cameron's Modern Conservative Party (whose marketing gurus don't seem to realise what MCP stands for), which otherwise would be battling in the marginals for a share of the decisive eurosceptic vote.

Without a four-letter word (UKIP) to turn to, voters disaffected by Cameron's "Europe" non-policy will be having to consider three letters, either BNP or ABC. In the absence of UKIP, however, the MCP may get a more comfortable ride than it deserves.