What can you expect with those A-level results? 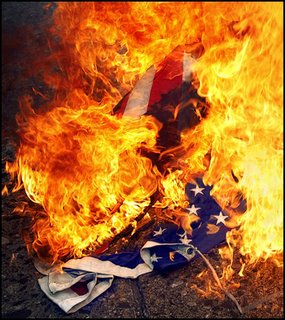 There is nothing quite so depressing for people who believe in the concept of constitutional democracy than having to read public opinion polls. The latest YouGov poll on what people think about British foreign policy and the fight against terrorism is no exception.

It is perhaps appropriate that the results of the poll should be published on the same day that yet another fantastic rise in A-level results is announced. In a year or so there will be more A grades at A-level than actual candidates, who are being sold a pup.

So it is in the education system that I prefer to look for the complete lack of logic in people’s responses to the questions they were asked while being fully aware that answers always depend on how the questions are phrased.

Soon after 9/11, as the war against terror (or, to be quite precise, against terrorists) began to unfold, Prime Minister Blair spent a lot of time running round the world, negotiating with all and sundry. At the time I thought that President Bush might have been mildly surprised by his friend and colleague’s behaviour. Not so the British media and public opinion.

It became almost axiomatic that the relationship that was being reinvented in the Bush-Blair scenario was that of Churchill and Roosevelt, that is Blair being the senior partner. Quite apart from that being a somewhat inaccurate description of the situation as it was by the time of Yalta, there was not the slightest likelihood of Britain with her inadequate military forces and rather confused view of the world, being the senior partner. And so it turned out.

As my colleague has extensively documented, the situation with the armed forces and their equipment is considerably worse than anyone had imagined. If one adds to that the confusion about the country’s position, what with the European Union and a complete lack of interest in the Anglosphere, as well as the steady drip of anti-Americanism fed by the media (including the Daily Telegraph) to the populace, the results of the poll become less surprising.

The gist of it, as we know, is the fact that the majority wants a tougher and more aggressive foreign policy and a much tougher fight against terrorism, including, if needs be, the abolition of the few remaining civil liberties, but, overwhelmingly, a policy that will break away from that of the United States and move closer to the European one.

I imagine if the same people were asked whether they wanted to integrate Britain’s foreign and defence policy into an EU one and send our soldiers out under French, Belgian or Luxembourgian command, to report back to the European Commission, they would shriek with horror and shout no, no, no. And yet that is what the EU is aiming at in its attempts to build up a common foreign policy.

Let us face it, in their dealings with Iran or Hamas or Hezbollah, the Europeans (with some exceptions) have not shown themselves to be particularly tough either internally or externally. Those European countries that have considered it necessary to join the world-wide battle are allying themselves with the United States. (Denmark, a supremely courageous country, springs to mind.)

So what does it mean to have a tougher and more aggressive foreign policy and a tougher stand on terrorism but having as little as possible to do with the United States? Should we bring our troops out of Afghanistan and Iraq and send them to southern Lebanon, where there has just been a surrender to the forces of terrorism?

Should we demand that the Americans leave and we handle Iraq or, at least, Afghanistan on our own or with our European “allies”? And where do we stand with relation to our other allies, for instance, the Australians? I suppose the people who do not want to have anything to do with Americans will welcome the Australian alliance. Kith and kin and all that, though, presumably, what is envisaged is a leading role for Britain. Somehow, I do not see Australia agreeing to that.

There was a sizeable majority in favour of longer detention without trial. Even allowing for the shock of the airline plot, that is an interesting view. I don’t suppose they teach them the history of liberty or constitutionalism in schools any more.