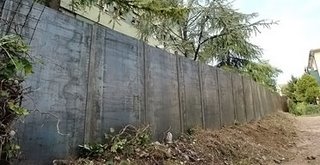 Much of Europe’s history has consisted of shifting populations, usually though not always westwards, sometimes peacefully, sometimes considerably less so. People in varying numbers arriving into Europe and, also in varying numbers, leaving Europe. Nothing new there but the political implications are important.

My colleague has pointed out yet again that the imminent collapse of many parts of East European economy and the consequent move of many of those who cannot find jobs to the western part of the EU is an almost inevitable result of the latter’s policies. Speaking as someone who has been warning East Europeans since 1998 or thereabouts that joining the EU will not be the solution to any of their problems, I can only add the obvious comment: the astonishing thing is the number of people on all sides who refused to see that this would happen.

In the same way we have written over and over again that the influx of Africans into various parts of the European Union is the inevitable result of the latter’s refusal to have genuinely free trade agreements with them and, above all, the third country agreements that are part of the Common Fisheries Policy.

Nor has the inordinate amount of aid handed over to corrupt and bloodthirsty dictators either directly or through NGOs been particularly helpful for the development of African countries.

The Italians, as before, have found an interesting way of dealing with the problem. As the Wall Street Journal Europe reported over the week-end [subscription only] the city of Padua has revived the literal meaning of the Italian word ghetto. It was originally used for the walled area of Venice where the Jews were confined.

Ghettoes existed in various European cities but were slowly dismantled and even abandoned in the post-Enlightenment era to be revived by the Nazis as they took over one East and Central European city after another. Jews were walled in and many were eventually transported to the death camps.

Now the ghetto is back though not for the Jews. Padua Mayor Flavio Zanonato of the Democrats of the Left party has ordered the construction of a three-meter steel wall around the problem-ridden Serenissima housing project.

The wall is anchored well under ground to prevent tunnelling, is equipped with just one entrance that is firmly controlled by the police and surveillance cameras. The project is home to about 1,500 immigrants, many illegal, most from sub-Saharan Africa.

Apparently, soon after the wall had gone up one Serenissima resident put up a hand-written poster, which said, “today’s illegal immigrants are tomorrow’s voters”. Well, maybe. Or maybe not and the “militarization” praised by one of the nearby residents will remain in place and possibly spread through the city. As long as there is a socialist mayor, he will be able to get away with it. Whether it will provide anything like a long-term solution to the multiplicity of problems involved is questionable.