She doth protest too much, too late… 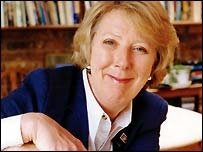 Julia Langdon is waxing indignant in an op-ed in The Daily Telegraph today about a story the paper broached yesterday.

This "revealed" that spending on government spin had trebled under Labour and taxpayers are now supporting an army of more than 3,200 press officers. When Labour came to power in 1997, just over 300 fully-fledged press officers were working in Whitehall (although that figure excluded a small number of other public relations staff).

Furthermore, the amount being spent on government advertising, marketing and public relations had risen three-fold since Mr Blair entered No 10. The Central Office of Information's PR, advertising and marketing budget had soared from £111 million in 1997 to £322 million last year.

Julia Langdon, of course, is a former political correspondent of The Guardian, and political editor of the Daily Mirror and The Sunday Telegraph. She is now free-lance and is often to be seen (or heard) on the Beeb, hosting a variety of political programmes.

Her piece in the DT, however – headed "3,259 PR men with nothing to say" - is the usual vacuous mouthings that one would expect from a former political correspondent of The Guardian. Central to her thesis, she complains that:

It is a difficult job, trying to control the media. Any study of competent bureaucracies will show it is always going to require a very large number of drones labouring in the ministry basements in order to try to achieve that particular end. It is therefore no surprise to learn that the "enormous team of experts" now employed in the Government's PR business has swollen from a few hundred in 1997 to the ludicrous figure of 3,259 today. But while not surprising, it is, actually, scandalous…

Then, referring to her own little tribe of hacks, she refers to "we political journalists" who are meant to do business with these people. The reality, she writes, and the real scandal:

…is that all these press officers are not doing the job, or any job much except paper-pushing. They tell you as little as possible and their words are meaningless. They use words with a literal accuracy that obfuscates the truth and does not allow for any suggestion of original thought or imagination.

They do not seek to enlighten and they very infrequently attempt to help. When - or if - they return a call, my experience is that they will offer to furnish the required information some time after the newspaper in question is already in the nation's recycle boxes. Most political journalists don't bother with them, except for seeking the occasional statistic, because the press officers have been raised in a culture that does not seek to enlighten public opinion about the processes of government.

As I wrote in our forum, though, that latter comment is hardly surprising. I have always worked on the basis that, if you want to know something, the last thing you do is ask a government spokesman - and anything they do tell you is suspect.

But Langdon is wrong about these press officers doing nothing. They churn out press releases by the thousands - so say nothing of posts on their hundreds of websites - and other hacks do use them. There are thousands of trade journals – many of them staffed by little more than a man and a dog – and the torrent of press releases emanating from the various ministries find their way into these, often with only the bare minimum of editing.

Then, the news agencies also pick them up and, with often minimal re-writing, send them out on the wires where they are used, second-hand, by national and local newspapers – the circulation of the latter, cumulatively far exceeding that of the nationals. And, by and large, the specialist correspondents on the nationals rely on their diet of press releases – often sent in advance of the general release, as a "reward" for good behaviour.

For these and others, government statements and press releases are "safe" - you don't have to do any fact-checking before you quote them. So our little darlings in the media have got fat and lazy churning out government spin for all these years, recycling press releases instead of going out and getting their own stories.

But now that the government is getting more reticent about certain aspects of its policies, the milk in the teat is drying and the likes of Julia Langdon are throwing a hissy. They are spitting their dummies (pacifiers, for our American friends) out of the pram.

The thing is that, despite this, nothing will change. The government employs thousands of press officers because it is in its interest to do so and the media does not complain too loudly or too long because it suits it as well. Both print and broadcast media have been shedding journalists in droves and as long as they have a cheap, reliable source of copy, they may rock the boat occasionally, but they are not going to capsize it.

By tomorrow this story will be yesterday's news. The Daily Telegraph will have moved on to pastures new and the whole thing will be quietly forgotten. It will have filled a bit of space in its column, sold a few more dead trees and paid the salaries of its hacks, and everybody will be happy.

Nothing will have changed.