Are we in denial? 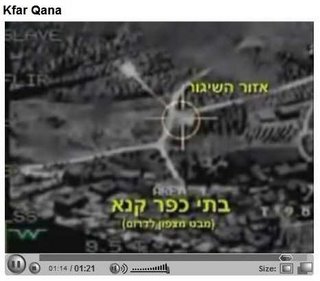 From the online version of The Daily Hezbollagraph, we get the news from the emotional Tim Butcher that "Israel suffered its bloodiest day in the war with Hizbollah yesterday when 12 reserve soldiers were killed by a Katyusha rocket fired from southern Lebanon, destroying any chance of an early ceasefire."
Later in the story, Butcher continues:

There was no immediate Israeli reaction, although whenever Hizbollah has caused large-scale casualties there has been forceful retaliation. The problem has been identifying Hizbollah targets. 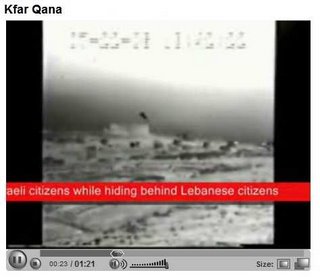 Then we go to the print edition (final), where we find on page 10:

Israel's response was swift. Within hours, warplanes had attacked the Lebanese town of Qana and destroyed the launchers that fired the rockets, a spokesman said.

Now, would that be the same Qana that no one talks about any more, the one where all those innocent civilians were killed?