Death is a commodity 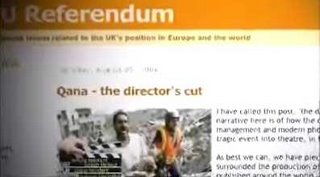 With the blogosphere crowing over its two easy victories over the MSM - or, to be more specific, Reuters - I share my colleague's somewhat jaundiced view of current developments. This may have something to do with the fact that I have been at this "story" for eight days continuously now, averaging something less than five hours sleep a night.

But it may also be a reaction to having to deal with – as my colleague decorously puts it - Shane Richmond's self-satisfied posturing. 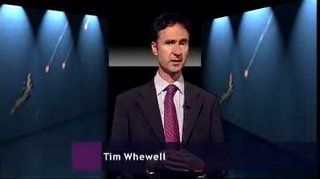 More probably, it is both those things and a lot more, not least the fact that I, when I started writing this piece I had just come away from doing a recorded interview with BBC's Newsnight. I forecast to those around me that the bulk of what I said would never see the light of day, and that proved to be the case. But what was shown, in the context of Tim Whewell's overall commentary, I thought was a fair representation of our case. 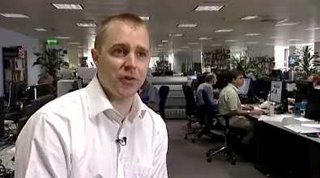 But the proximate cause of my jaundiced demeanour, which is now bubbling over into anger, was an interview on the programme with the vacuous Shane Richmond. His underlying premise was exactly the same as he had articulated in his own blog:

I got from his other comments what I though was a softening of the line, in that there was a half-admission that the photographs had been staged. But his central message remains, that it does not matter as long as the result accurately represents the reality that children died as a result of the bombing.

What that means, therefore, is that Richmond is asserting that publishing pictures of Hezbolla agents, parading the bodies of dead children in front of complicit photo-journalists for propaganda purposes, is perfectly acceptable as long as the result also matches what his paper wants to convey.

And that is why the crowing of the blogsphere is potentially dangerous. Not for nothing, more than a week after the first doubts about Qana have emerged, is the BBC prepared to entertain the issue. Although it has addressed the Qana issue, it was a brief exposition and the main focus was on "Reutersgate", which is reflected in the minimal publicity given to the issue in the wider media. If this goes on, then Reuters will become the fall-guy for a problem that, as my colleague rightly points out, is far wider and more serious than doctoring a few photographs.

At the root is that death – or pictures of death - have become a commodity. For Hezbolla, they can be traded for political leverage, for the photo-journalists – those who are not working for Hezbolla – a good "snap" of a dead baby brings the prospect of financial reward, fame and even awards. And, at the top of the heap are the editors and the likes of Shane Richmond, in their air-conditioned offices, thousands of miles away from the action, who see the "pics" merely as illustrations for their productions. 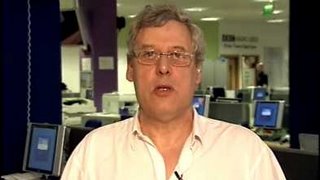 These people have become so degraded, so devoid of humanity and so divorced from civilised mores that pictures of death are assessed on their artistic merit, their emotional power and relevance. Their source and method of procurement are quite irrelevant as long as they are "suitable for purpose". One can almost imagine a scene where pictures are swapped like cigarette cards of old… "I'll give you two dead girls for your dead baby, and throw in a dead old man to make up the balance".

It is that amoral, soulless commercialisation of the images of death that gives Hezbolla its propaganda power. As long as it knows that the Western media is in the market for this commodity, and it suits its own propaganda purposes, it will ensure a continued supply. And that is another reason why Qana is so important. In that benighted Lebanese village, death was a tradable commodity in an obscene marketplace. And the media did not seem to think that there was anything wrong.