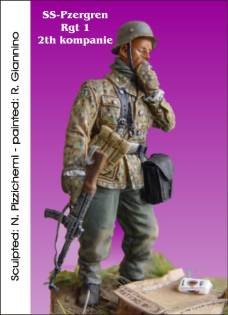 The EU foreign ministers are meeting with SecGen Kofi Annan (father of Kojo) to decide on the European contribution to the required 15,000 international peacekeeping troops, required by Resolution 1701. Until yesterday the tentative offers from various member states added up to 4,200 with France contributing the magnificent number of 200.

With the cease-fire more or less holding but grumblings being expressed by various Lebanese politicians who think, on no clear evidence, that if the strengthened UNIFIL is not deployed soon, there might be clashes between the Lebanese and the Israeli forces, the “international community” is losing face.

Yesterday President Chirac went on TV to announce that France would send 2,000 troops (still short of the 5,000 that had been expected and had persuaded the United States to go along with French watering down of the Security Council Resolution. Still, the higher promised number will mean that the French will lead the force, with Alain Pellegrini, the French general presently in charge of the UNIFIL force continuing in that position.

This seems rather hard on the Italians who offered 3,000 soldiers, presumably once their contingent had been withdrawn from Iraq, and to lead the international troops immediately.

Al-Jazeera reports that 170 French troops have arrived in southern Lebanon to join the 400 that had been there before the latest bout of fighting in Lebanon. It is still unclear where the promised 2,000 will come from and when they will take up their position. Nor is it clear how many will other EU member states contribute.

There is a move to convene another meeting of the UN Security Council on Monday.

In the meantime, Lebanese Prime Minister Fouad Siniora told the Italian newspaper La Reppublica several interesting things. In the first place, he made it clear that it was the job of the Lebanese army to disarm Hezbollah, not that of UNIFIL. Whether the Lebanese forces will be up to the task he did not specify. But Hezbollah, he explained, had agreed to the deployment of Lebanese troops in southern Lebanon, not a phrase that fills one with confidence for the future.

More interestingly, if one can trust Prime Minister Siniora’s judgement, he asserted that Hezbollah was no longer the powerful force it had been before the recent fighting.

“The Lebanese PM also told the newspaper he does not expect Hizbullah to drag Lebanon into a war again.

"I don't believe it can happen again," he said. "I don't think Hizbullah is in the same position where it was before the war, and won't be able to repeat what it did. It learned the lesson from what happened."”

This is a somewhat different assessment from the one most analysts have been rushing to make. Fouad Siniora seems to believe it, though, because he spent some time in the interview discussing the likelihood of a peace agreement between Israel and Lebanon.

Michael Totten, a widely published analyst and blogger who had lived in Lebanon for some time makes this comment:

“No Lebanese politician would have dared to say such a thing two months ago with a Syrian gun pointed at the right side of his head, a Hezbollah gun pointed at the left side, and the reactionary mentality that prevails in certain Lebanese quarters.”

Of course, there is still a long way to go and Hezbollah and/or UNIFIL may well manage to derail any possible negotiations.