The religion of peace 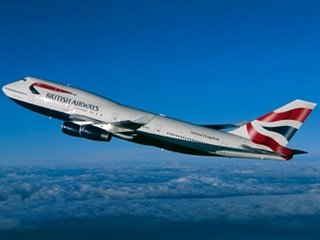 The news coming in of the plot to blow up UK flights in mid-air is devastating. This is a salutary and important reminder that the "war on terror" is not a figment of the imagination of the Bush-Blair axis but a reality. Congratulations to the police and security services for intercepting the terrorists.

Despite the bleating of the BBC, the news agencies and their fellow travellers, there are some evil bastards out there and they aim to kill US – that is you and me, men women and children, without discrimination and without a shred of remorse.

Apparently, as many as ten British Airway flights from the UK to the United States had been targeted and the chilling thing is that liquid chemical explosives were to be used, defying normal airport security measures.

The plan was, we are told, was to blow the aircraft up over deep water so that there would be no wreckage or evidence, creating maximum fear, uncertainty and confusion, with the aim of bringing the air transportation system to a complete halt.

This is your enemy people, and he lives in our midst. But he takes his solace, his funding and justification from events in Iraq, in Palestine and in southern Lebanon. These are the people, members of the religion of peace, who regard death as a commodity, to be exploited, people who have no morals, no scruples and no mercy. And there is only one thing you can do with people like this – you root them out and, where necessary, kill them.

Michelle Malkin is picking up the threads, and providing onwards links.