The game they are playing 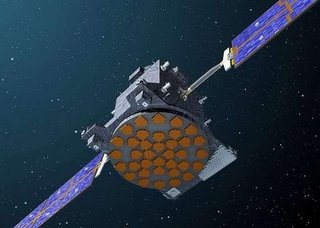 The most dangerous form of propaganda is that which does not appear to be propaganda. And it is that form at which the BBC excels.

As far as it goes, that is factual, but the report then goes downhill, retailing pure propaganda on behalf of the government. This "boost", is according to Trade and Industry Secretary Alistair Darling, "good news for British jobs, British technology and science. Furthermore, the £2.4bn scheme, adds the Beeb helpfully, "promises to transform transport and communication industries", which then allows Darling to add,
"The Galileo project has real potential to develop groundbreaking technology leading to more accurate in-car navigation and new systems for the emergency services to locate missing or injured people."

Nowhere does the Beeb say, however, that the government has already paid £93 million to the scheme which, with the contributions to the EU research fund and European Space Agency payments, now amounts to well over £200 million.

Nowhere does it say that the US GPS "Navstar" system is already up and running, that it is totally free of charge and that any performance benefits that Galileo will be able to offer are largely illusory and will in any case be matched by the new generation of Navstar.

Never mind that, as we have reported , that there are grave doubts as to whether Galileo will ever be able to recoup its investment, that there are significant civil liberties issues with the proposed applications of the system, or that the political and military implications could destabilise Nato and weaken the Anglo-American special relationship.

But then, you might say, why should the Beeb bring all this into a routine announcement by the minister of extra funding for the system?

There's the cleverness of it all. There is no reason at all – so there are no grounds for complaint. But this is "good" news about Galileo, so the Beeb publishes it. Yet, in all the time this blog has been covering Galileo, we cannot recall the Beeb every having published anything critical about the system.

Interestingly, Zombietime has done a superb article about media fraud, which covers many of the categories. But, as we remarked some time ago, and more recently, perhaps the biggest sin of all is that of omission.

It is in routine issues like this – the fate of the Galileo system, which has enormous implications for us all – where the Beeb does most of its damage. By simply not informing us of key issues, they go by default, unchallenged until it is too late to do anything about them.

And it's all so innocent and above board – until you realise the game they are playing.