Referism is a political philosophy which states that, in the relationship between the British people and their governments, the people should be in control. The state is the servant not the master. Control is primarily achieved by submitting annual state budgets to the people for approval, via referendums. The catchphrase is: "it's our money and we decide". Governments are thereby forced to refer to the people for their funding, hence the term "referism".


******
It always was about money. That's how parliament emerged as a force in the land, going as far back as 1215 when the tenants-in-chief secured the Magna Carta from King John. That concession, more than anything else, established the principle that the king might not levy or collect any taxes (except the feudal taxes to which they were hitherto accustomed), save with the consent of his royal council.

He who controls the money controls the king. Thus, the "council" gradually developed into a parliament. The rest, as they say, is history. 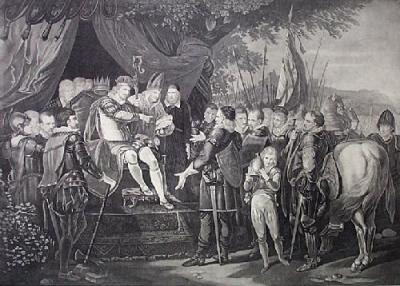 The principle survives to this day. The executive (the former king) must refer to parliament each year for approval of its budget. Without that, it runs out of money. Our problem is – and the heart of all our problems – is that this process has become an empty ritual. No parliament has rejected a budget in living memory, and none is likely to.

So each year we see this great ritual, where the government of the day pretends to ask us for money, and we have to watch the empty charade of approval being given – only then to see vast amounts being spent on things of which the majority of us do not approve, such as the European Union.

This must stop. The ritual must turn back into substance, and there must be real control over the annual budget. The politicians cannot be trusted to discharge this duty. They have their fingers in the till and a vested interest in maintaining high levels of expenditure. The power must go to the people who pay the bills - us. 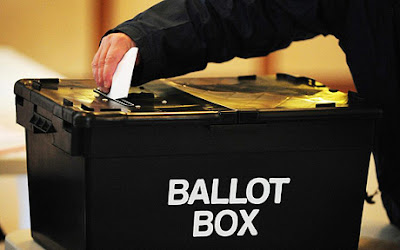 The means by which must be achieved is through the ballot box, with an annual referendum. The budget must, each year, be submitted to the people for approval, and comes into force only once approved. The politicians must make their case, put their arguments, and then ask us for the money ... and they have to say please. We, the people, decide whether they get it. We, the people, have the power to say no.

If you want politics – you got it. Do you want out of the EU? Fine, build up a caucus and vote down the budget. Make it plain to the politicians that no money will be forthcoming until we withdraw. Simples ... and it is that simple. Starve the beast, rather than risk everything on an all-or-nothing rigged ballot, given at the discretion of our masters.  And let's do it at local level as well.

Logically, there might have to be a fall-back position, where the executive can draw down maintenance funds, pending approval, to keep basis services going – or not. If Congress does not approve the budget in the US, it falls. That tends to concentrate minds. Only, in this case, it is the people who stop the money. And money talks.

It is that which makes the big difference - we are talking about a continuous process of control.  By contrast, a one-off referendum, agreed (or not) by the government, on a grace and favour basis, for its own tactical advantage, is to concede the power to the government.  We, the people, still have to go to The Man, and ask him "pretty please" can we have a referendum.  When we hold the purse strings, The Man says "please" to us.

So how does this become an "ism"? Well, in my earlier piece, I wrote about the need of society to communicate to its government its "wishes and needs", to make it perform and yet prevent it from taking over, swapping the master-servant relationship.

We do it by controlling the purse strings, and we do that by making the government refer to us for permission to raise and spend funds. Our tool is the referendum, our philosophy is thus "referism" and we are "referists" or, in colloquial terms, "reffers". If we want a political party, and I would not advise it, then we set up a Referist Party.

Better, I thought, we work with the existing parties. We build a movement and make it clear that the first party to offer an annual referendum on the budget gets our vote. We could, tactically, even pick on one of the parties, and tell it that it will never get into power unless it agrees to our terms. We have the power to do that, if we mobilise and then use it.

There are, of course, many other possibilities, but the talking must stop some time and things are getting urgent. We have to take control peacefully, before it spirals down into incontrollable violence. This is a way to do it, tried and tested and known to be effective. Let's do it - let's mark 9 May 2011 as the day we started getting out of the EU, and begun to assert control over our own governments.

Needless to say though, there will be resistance to the idea.  The first and foremost problem is the "not invented here" syndrome.  Many people who profess to be interested in change, or actively pursuing it, are actually more concerned with "self" and self aggrandisement. They will not support it because they did not think of it, and it hasn't got their name on it.

Another main centre of resistance will be the tribalists - into which group the politicians and their supporters will follow. They will not support anything unless it has been endorsed by the tribe and presents no risk to their ambitions. Clearly, ceding power to the people is not going to be welcome.

Woven into these groups, but possibly with an identity of its own, will be a group comprising the power brokers and agenda-mongers, those who instinctively recognise that this is a system that will work, and is therefore dangerous. Would the Climate Act survive if the government had to justify the costs to the people each year?  Such people will find every reason possible for opposing this, but will never declare the real reason.

Then, of course, the reactionaries, who we can lump in with the "not enoughers". The one will hate anything new and different, the other will complain that there are more and better things we could do ... and there is this 953 page report which sets out the detail. With these, we can never win. But win we must. The power of the idea is unstoppable.