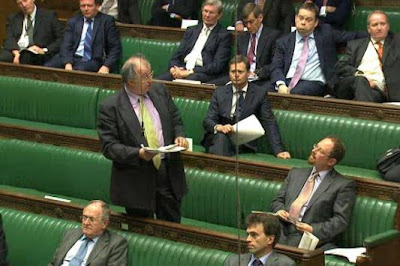 Andreas Whittam Smith in The Independent tells us that this tussle has nothing to do with high principles. From the beginning it has been about power and money. In the early days of dealings between a celebrity and the media, he says, the two sides work together.

People who play to paying audiences will give almost anything for media attention because their stock-in-trade is fame. If they have to engage in stunts, then that is what they do. The relationship is often one of connivance.

In terms of selling newspapers, magazines, radio and television programmes, the media greatly benefit from their intrusion – sometimes more apparent than real – into the lives of famous people.

This is the period when nobody can believe that things could get nasty. Both sides are doing so well out of it. Whittam Smith thus goes on to demonstrate that this is a cat fight between two equally tawdry groups, each pursuing their own interests. Even the pretence that the media is a serious industry has been abandoned.

The only issue of real interest, therefore, is the interplay between the judges and parliament. The judges claim the impasse in the law has been created by the Human Rights Act, which is of course a law that The Boy pledged to repeal.

Since he has no intention of doing this, we see him spraying EVM about a "wider debate" - anything to obscure his own part in the debacle. MPs like John Hemming then operate in the cracks and become the darling of the media entertainment business, while serious business is suspended pro temp. Even the farce has become a farce.