The death of UKIP 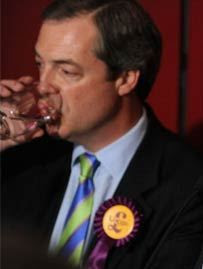 Actually, it died a long time ago - as a worthwhile campaigning tool. The momentum kept it going, but it no longer achieves anything of value, while its overall effect is to damage the cause.

Such has long been my conclusion, but this is now confirmed in spades by sight of David Campbell-Bannerman's (DCB) more detailed reasons for leaving UKIP, following his desertion to the Tories. I have no time whatsoever for the man but, nevertheless, some of what he writes - and the frustrations he experienced - I recognise. His words bring back vividly the utter impossibility of working in a political party dominated by the destructive and dangerous Nigel Farage.

First of DCB's problems is that, on joining the party, he perceived there to be a "lack of a proper plan and objective", and indeed it is self-evident that this is the case. But it was also the case in 1999, when the electors first sent UKIP MEPs to the EU Parliament. There were only three, of which Farage was one, and with it came funds and staff - myself as the senior British member on the group staff.

Four years later, when I found myself peremptorily dismissed from my position by a man who did not even have the courage to tell me to my face he was sacking me - getting a functionary in Brussels to ring me up at home to notify me - we still did not have a "proper plan or objective". But it was not for want of trying. Where DCB trod most recently, others had trod before ... with exactly the same outcome.

In my time, I worked under the title of Research Director but I shared some of the tasks which DCB undertook under the more formal title of "Head of Policy". He complains of spending "four years of hard work creating 18 policy groups to produce a comprehensive set of domestic policies that UKIP could campaign on".

But then Farage intervened, arbitrarily to jettisoning all his domestic policy papers, ordering them off the national website. DCB regards this as "an act of sheer political vandalism". That was not the first time and, in my experience, "political vandalism" is the only area where Farage is truly world class. Throughout his entire career, he had made as his speciality the deliberate, malign sabotage of any and every political initiative which would drive forward the eurosceptic movement.

As it happens, I believe DCB's attempt to set up a wide spectrum of domestic policies to be flawed, and was never impressed by what was delivered. And further, the honest response to Farage would have been to have broken away from the Party and gone independent. His arguments for joining the Tories lack credibility and all but destroy any argument he might have to make.

The issue here, though, is that Farage brought DCB into the party as his protégé. Now to have even this man turn against him tells us a great deal - the rat is deserting the sinking ship, returning to the Tory cesspit from whence he came.

One must always be wary of resorting to absolutes, but one could advance a tenable case for saying that Farage is the man who has, single-handedly, done most to damage the eurosceptic cause, possibly to the point where the damage is irreparable. It is time to dismantle UKIP, to walk away from it and start a serious campaign for the recovery of our nation. Perforce, anything which has any chance of success will not include Nigel Farage and most of those currently closest to him. 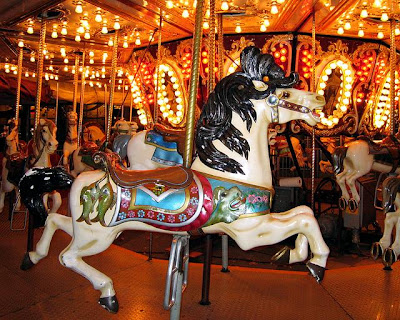 Therein, however, lies the problem. Already today we see the political carousel in motion. "Support for the governing Conservative Party has fallen slightly but most people do not believe the Labour opposition is ready to govern, blaming it for the country's economic woes", Reuters tells us, conveying the results of a Reuters/Ipsos Mori poll which shows Labour up two points since last month on 42 percent, while support for the Conservatives fell five points to 35 percent of those who plan to vote.

It beggars belief that anyone, so soon - or ever again - could vote Labour after its last disastrous administration, but the British electorate is locked into "carousel politics", where we lurch from one unpopular party to another and back again. UKIP, in this context, is seen as the least best hope of breaking out of the cycle and the hegemony of the "Lib-Lab-Con".

However, it has also to be said that political parties are very poor vehicles for securing major political change. They tend to respond to events, rather than lead public opinion, their main concern to get elected and then stay in power. Yet it is precisely this model that has been chosen by one branch of eursocepticism - to become the Farage paradigm. And even in this the party has not been successful.

One might here observe that, prior to 1975, no europhile ever stood for election on a platform of joining the then Common Market.  In the election prior to our entry, joining was not even on the Conservative Party manifesto. That they succeeded - and how they succeeded - should be a lesson to us all. But, contradicting all logic and experience - and from a position of considerable weakness - the Faragistas believe they can reverse the process by using the electoral process.

That they have not succeeded was inevitable.  Even without Farage it was never going to happen. The model is wrong.